In 2015 tragedy struck Kazakhstan's saiga antelopes. A usually benign bacteria, made deadly by climatic changes, killed thousands of the animals. But now there's a baby boom on the steppe.

Kazakhstan: Baby boom in the steppe

In the space of a few weeks in 2015, a mysterious disease tore through the saiga antelope population in the Betpak-Dala region of Kazakhstan. It killed 90% of the already rare animals.

A team from the Frankfurt Zoological Society and the UK's Royal Veterinary College identified the culprit: A usually harmless bacteria that often lives in the antelope's large nose. The scientists believe irregularly warm weather made the microbe more dangerous and triggered fatal blood poisoning. 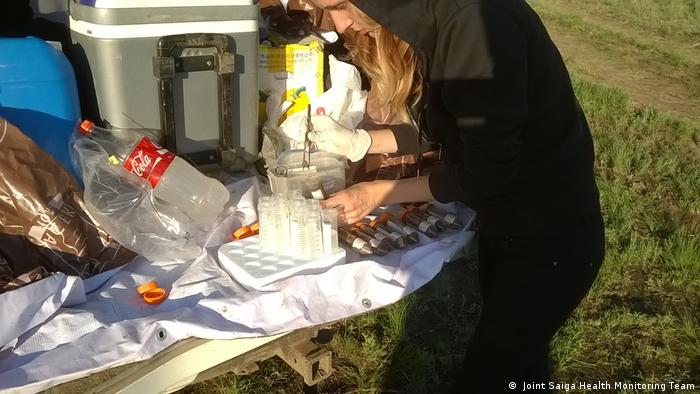 Scientists researching the mystery death of 200,000 saiga antelopes on the Kazakh Steppe

The saiga also face a loss of habitat and dangers poachers, who kill them for their horn, which is believed to have medicinal properties. And conservationists feared the disease would spell the end for the animals. But a visit back to the grassy steppe where they graze found the population has made an astonishing recovery.

Project size: The conservation area is around the size of France

A film by Jürgen Schneider and Inga Sieg

Extreme weather a factor in 2015 mass death of saiga antelopes

"Unusually" warm weather contributed to the sudden death of 200,000 saiga antelopes in 2015 — an event that had baffled scientists — according to a new study. It could happen again, putting the species at risk.

Kazakhstan: Baby boom in the steppe