Sadio Mané to Bayern Munich: a new tactical approach and redemption for Salihamidzic

With Robert Lewandowski wanting out, the arrival of Senegal star Sadio Mané from Liverpool could mark the beginning of a new era for Bayern Munich, both tactically on the pitch and politically in the board room. 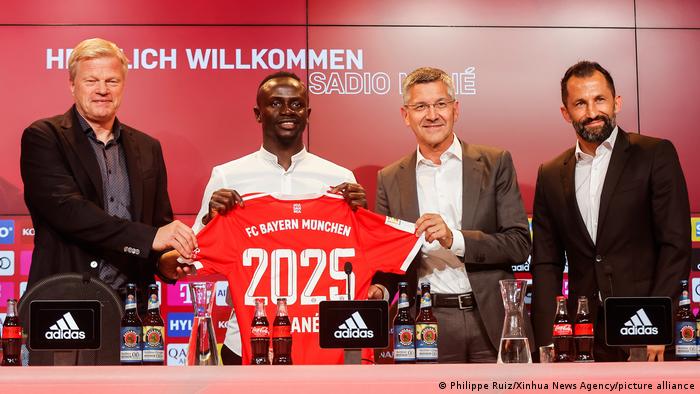 The Bayern Munich director of sport had just returned from Manchester where he had met with his Liverpool counterpart Julian Ward and Sadio Mané's agent Björn Bezemer to wrap up a deal for the 30-year-old Senegalese forward.

Five days later, it's all official. Mané has signed a three-year deal with the German champions after Bayern paid Liverpool a reported €32 million ($33.6 million) for his services, potentially rising to €41 million if nine bonuses – six of which German outlet Sport1 says are "relatively easy to achieve" — are triggered.

Mané, who traveled to Munich on Tuesday for a medical, becomes Bayern's third addition of the summer, after young Ajax duo Ryan Gravenberch and Noussair Mazrouai.

He may only be the 11th most expensive transfer in Bayern's history, but he is the club's most expensive African signing after Medhi Benatia, born in France but who represented Morocco internationally, and cost €28 million in 2014.

Dayot Upamecano (€42.5 million from RB Leipzig in 2021) and Corentin Tolisso (€41.5 from Olympique Lyon in 2017) have roots in Guinea-Bissau and Togo respectively, but play for France.

"I'm really happy to finally be at FC Bayern in Munich," Mané said in an official statement. "We spoke a lot and I felt big interest from this great club right from the beginning, so for me, there were no doubts. It's the right time for this challenge. I want to achieve a lot with this club, in Europe too."

A coup for Bayern, the Bundesliga — and for Hasan Salihamidzic

For the new Bayern Munich hierarchy under chief executive Oliver Kahn (who took over from Karl-Heinz Rummenigge last July), club president Herbert Hainer (who succeeded Uli Hoeness in November 2019) and sporting director Salihamidzic, the capture of a Premier League star of Mané's caliber is a genuine coup – both for Bayern and the Bundesliga.

"It's usually the other way round, but this time a Bundesliga club has signed a genuine Premier League star," commented Kicker magazine as the rumors became more concrete. "The Bundesliga can look forward to seeing a new world star," added Munich's local Abendzeitung.

"The Bundesliga has lost [Erling] Haaland and we could lose [Robert] Lewandowski as well," said former Bayern captain and Germany legend Lothar Matthäus. "The Bundesliga brand needs faces. Mané is a huge name in football, as he has proven for Senegal and Liverpool." 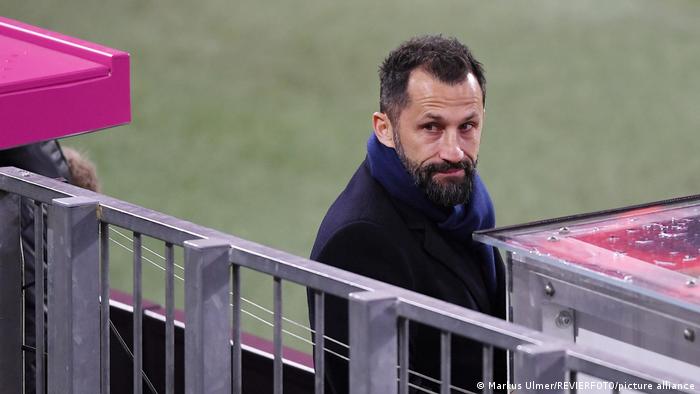 But the plaudits belong in particular to Salihamidzic. The former Bayern midfielder became sporting director in 2017 before moving up to the board room as director of sport in 2020, but the 45-year-old has received mixed reviews.

His most successful transfer deal to date was arguably that for Canadian winger-turned-wingback Alphonso Davies in 2018. Even then, no one could have predicted how Davies, an unknown teenager at the time, would blossom in a position other than the one he was signed for.

Otherwise, club-record signing Lucas Hernandez (€80 million from Atletico Madrid), Leroy Sané (€60 million from Manchester City) and Upamecano have struggled to varying degrees, while the likes of Michael Cuisance, Fiete Arp, Bouna Sarr, Marc Roca and even Marcel Sabitzer have been far from successful, while Salihamidzic also had a public falling out with former head coach Hansi Flick.

But now, according to Sport1, Salihamidzic played "a key role" in negotiating and concluding the deal for Mané, "spotting the chance to sign the striker early in the year, conducting many secret discussions with his agent Bezemer and finally personally convincing Mané of a move [to Munich] – for a fair price."

"When my agent first told me of Bayern's interest, I was immediately excited," Mané told tabloid BILD ahead of his unveiling in Munich. "When Bayern presented their plan for me, I had the feeling straight away that it made sense. I could see myself in those plans more than anywhere else before. It's the right club at the right time."

And with the aforementioned Roca also joining Leeds United for €12 million, Salihamidzic has also managed to generate a €3 million profit on a "flop" who cost €9 million from Espanyol two years ago.

While Salihamidzic comes into his own in the Bayern board room, the arrival of Mané could also usher in a new era on the pitch, as head coach Julian Nagelsmann continues to stamp his philosophy on the perennial German champions.

With star-striker Lewandowski angling for a move after eight years in Munich — potentially to Barcelona after the Catalans freed up €700 million of extra potential funding from financial institutions through the sale of future merchandise and television revenues — Mané could help Nagelsmann wean Bayern off their reliance on the irreplaceable Pole and move to a more flexible offensive system. 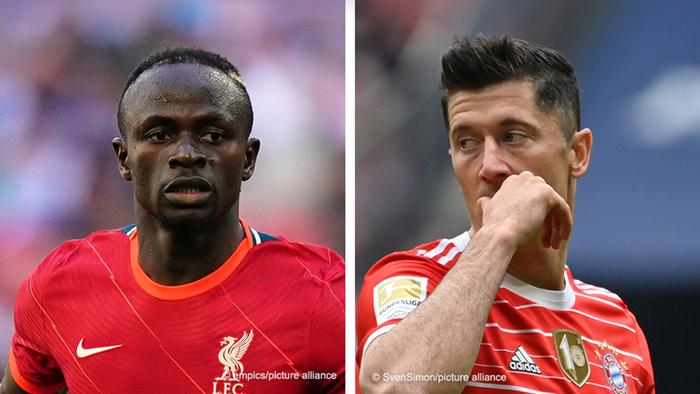 Mané isn't a direct replacement for Lewandowski, but the change could usher in a new tactical approach

"But does he fit Bayern?" asked a skeptical Spiegel magazine this weekend. Nagelsmann is reportedly keen on switching to a fluid front line without an out-and-out number nine, similar to Pep Guardiola at Manchester City, with Mané interchanging with the likes of Kingsley Coman, Jamal Musiala, Serge Gnabry, Thomas Müller and the under-pressure Sané to create more unpredictability.

"Sadio Mané fits perfectly with the football that FC Bayern play under Julian Nagelsmann," Salihamidzic is quoted as saying.

"The football under Nagelsmann is set to change," commented the Süddeutsche Zeitung, "the spectacle player is coming."

Mané's record over his last six seasons in Liverpool is certainly spectacular; 120 goals and 48 assists in 269 appearances in all competitions, contributing to a Premier League title, an FA Cup win, a Champions League triumph and two more finals.

But Mané is also notoriously down-to-earth. While the rumors of his move to Bayern gathered pace over the weekend, he was in Senegal on one of his regular visits to his homeland, where he was pictured playing football with locals on a muddy pitch, far from the spectacle of the Premier League, Bundesliga or indeed the Senegalese national team, for whom he has scored 33 goals in 91 appearances since 2012.

Such figures will have Bayern Munich convinced that they can successfully launch a new era — after Hoeness and Rummenigge, after ten-in-a-row, and even after Lewandowski, but instead with Kahn, Salihamidzic, Nagelsmann, and Mané. Ja, er kommt.