India has pulled out of a key South Asian summit, protesting Islamabad's alleged patronage of terrorism. Bangladesh followed suit and Afghanistan might boycott too. Is Pakistan being diplomatically isolated? 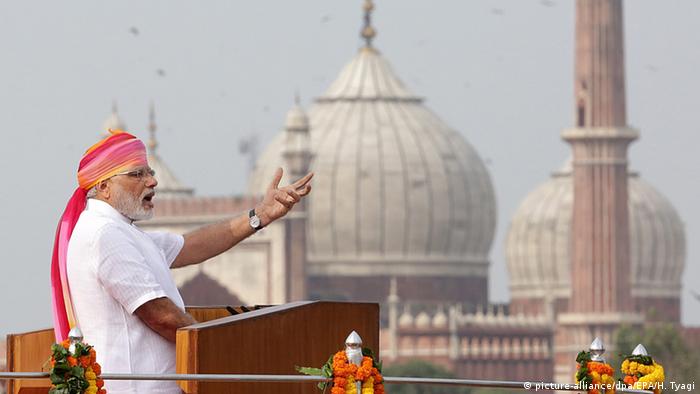 "We will isolate you. I will work for that," Modi said in his first speech after the attack on an army base in India-administered Kashmir on September 18.

"Terrorist attacks in Bangladesh and Afghanistan were also being instigated from Pakistan," Modi said, accusing Pakistan of trying to destabilize Asia by exporting terrorism.

On Wednesday, India's Foreign Ministry announced that Modi would not participate in the South Asian Association for Regional Cooperation (SAARC) summit, to be held in November in Islamabad.

"Increasing cross-border terrorist attacks in the region and growing interference in the internal affairs of member states by one country have created an environment that is not conducive to the successful holding of the 19th SAARC Summit," a ministry statement said.

"In the prevailing circumstances, the Government of India is unable to participate in the proposed summit in Islamabad," it added.

Bangladesh has also boycotted the summit, and there are reports that Afghanistan and Bhutan are unwilling to participate.

"Islamabad is facing a serious foreign policy crisis since the attack on an Indian army base in Uri, Kashmir. With India, Bangladesh and other major countries pulling out of the SAARC summit, it is definitely a major embarrassment for Pakistan," Ali K. Chishti, a Karachi-based security and defense analyst, told DW.

"As for the excuse used by India, the world knows that it is India that has been perpetrating and financing terrorism in Pakistan," the statement said.

New Delhi and Islamabad have been engaged in a war of words since the killing of separatist Kashmiri leader Burhan Wani on July 8. Protests against Indian rule in Kashmir and clashes between separatists and soldiers have claimed over 70 lives. Life in the capital, Srinagar, and parts of the valley has been paralyzed by these protests and a curfew imposed by the state government.

The Indian army said the rebels had infiltrated the Indian part of Kashmir from Pakistan. Lt. Gen. Ranbir Singh, the army's director general of military operations, said the initial investigations suggested that the militants belonged to the Pakistan-based group Jaish-e-Mohammad, which has been active in Kashmir for over a decade. 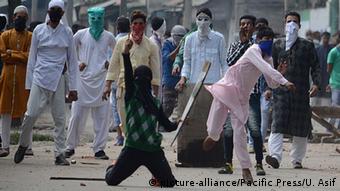 Protests against Indian rule in Kashmir have claimed over 70 lives

In her speech at the United Nations General Assembly last week, Eenam Gambhir, India's First Secretary in the Permanent Mission of India to the UN, accused Pakistan of sponsoring terrorism.

"The worst violation of human rights is terrorism," she said. "When practiced as an instrument of state policy, it is a war crime. What my country and our other neighbors are facing today is Pakistan's long-standing policy of sponsoring terrorism, the consequences of which have spread well beyond our region," she alleged.

India has accused Pakistan of training and arming the rebels in the portion of Kashmir it administers and sending them to the Indian side. Islamabad has denied the claims.

"Pakistan uses terror as a strategic policy despite facing several terror attacks itself and losing thousands of its people. The jihadist infrastructure continues to operate from Pakistani soil. History tells us that the militants who operate in Kashmir are, mostly, either local Kashmiri Muslims or Pakistanis," Varad Sharma, an Indian expert on Kashmir, told DW.

Despite the expert's claims of Pakistani interference, anti-India sentiment is strong throughout India's portion of Kashmir. Many resent the deployment of hundreds of thousands of Indian troops and openly voice support for rebels who have been fighting since the 1990s to demand either independence or a union with neighboring Pakistan.

Some experts say that Pakistan's problems are more domestic than foreign

Security analyst Chishti said Pakistan needs a better foreign policy to deal with the situation. "Pakistan is backed by China and still has a degree of support from the US. But Pakistani authorities also need to engage with India," he said.

South Asia analyst Ashok Malik told the AFP news agency that the summit pull-outs would have little practical impact on Pakistan but could push it closer to India's regional rival China.

"It basically scores a symbolic and a political victory. As for Pakistan, this will push it even closer to China," said Malik, head of the Delhi-based Observer Research Foundation's regional studies initiative.

"In Pakistan we don't know who the real policy maker is. Prime Minister Nawaz Sharif's civilian government is too weak. The military leadership calls the shots. Until we don't have a strong civilian set up in the country, we cannot avoid international isolation," Siddiqui told DW.

Siddiqui was equally critical of New Delhi. "India is trying to exploit the situation. I think it is not the right approach to resolve the crisis. On the contrary, it will create more problems for both India and Pakistan. As a bigger country, both in the size of its territory and economy, India needs to act more maturely."

New Delhi has pulled out of a key regional summit in Pakistan amid renewed tension between the two neighbors over Kashmir. An Indian army base in the disputed region was attacked earlier this month. (27.09.2016)

Opinion: No peace in Kashmir

When India and Pakistan clash with one another we all have to hope that nuclear weapons fulfill the role once ascribed to them during the Cold War: a deterrent that kept both parties in check, says Peter Sturm. (22.09.2016)