Tensions mount between Rwanda and Germany, following the detainment of a Rwandan presidential aide in Frankfurt on a French warrant. But why is Germany doing the work of France and how can this be resolved? 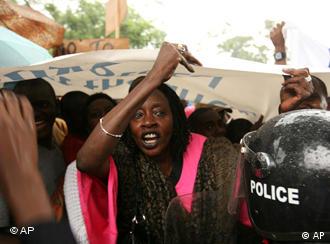 People have been protesting outside the German Embassy in Kigali

Rwandan President Paul Kagame on Wednesday, Nov. 13, criticized the decision to arrest his chief of protocol, Rose Kabuye, earlier this week, saying it was a violation of his nation's sovereignty.

"If we are to believe that any village judge in France can indict someone from Rwanda, then I assume the reverse is also true," Kagame told reporters, adding that the international justice system needed to be "harmonized." 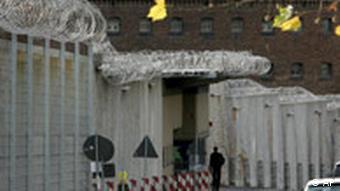 Rose Kabuye is being held at the women's prison in Frankfurt

Kagame was speaking at a press conference of the International Telecommunication Union on cybersecurity and climate change in Geneva.

Several thousand protesters in the Rwandan capital Kigali have continued demonstrations in front of the German embassy, demanding the immediate release of Kabuye.

The controversy began on Sunday when Kabuye arrived in Frankfurt, where she was immediately detained by German officials with a French warrant calling for her arrest. She is suspected along with eight other people in connection with shooting down then Rwandan president Juvenal Habayarimana's plane in 1994.

The incident became the catalyst for the Rwandan genocide, which began just days later and left at least 800,000 Tutsi and moderate Hutu Rwandans dead.

In the case of Kabuye, Germany had a legal obligation to take her into custody, attorney Gerd Hankel from the Hamburg Institute for Social Research told Deutsche Welle. 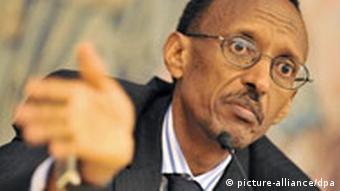 Hankel said that German authorities had warned Rwanda multiple times that they would be forced to react if the situation arose where one of the accused were to travel to Germany on a private trip.

"To simply ignore this would have immense consequences for the German legal system," he added.

Kagame has insisted that his chief of protocol is entitled to diplomatic immunity and that she was on an official diplomatic mission to Germany.

Norman Paech, an expert in international law and German MP for the Left party, said he was critical of the French warrant. He admitted that France had every right to issue the warrant because two French citizens lost their lives in the attack on Habyarimana's plane, but said that applying universal jurisdiction will be seen by everyone in a different way.

"I think it will be difficult for former colonial powers to set themselves up as judge and jury over people in their former colonies," said the lawyer. 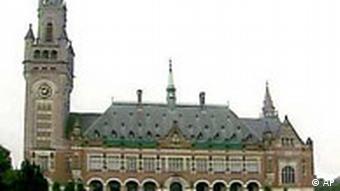 Only the International Criminal Tribunal at The Hague should be allowed to deal with cases of international law, he insisted. That's the only way that offenders from politically strong countries would be treated the same as those who come from nations with less political clout.

But Rose Kabuye won't be going to The Hague. Instead, per her wishes, she will appear before a French court as soon as possible. Observers say she plans to take this opportunity to finally clear her name.

Rwanda to give warrants for French officials

President Kagame and his Tutsi-led government have consistently denied that Kabuye and the other suspects were responsible for shooting down the plane. Instead, they blame Hutu extremists, who they say were looking for a pretext to start the genocide.

Kagame has also condemned France for playing what he sees as a complicit role in the genocide, and Rwandan authorities say they're close to releasing more than 20 indictments and warrants against top French officials, including the late French president Francois Mitterand.

Germany is recalling its ambassador to Rwanda to Berlin at the request of the government in Kigali. It's the latest escalation of tensions after an aide to President Paul Kagame was arrested in Frankfurt. (11.11.2008)

Thousands protested outside the German embassy in Kigali against the arrest of senior Rwandan official Rose Kabuye. She is wanted for questioning by a French judge in conjunction with the country's genocide in 1994. (11.11.2008)

Rwanda Angry at Arrest in Germany of Presidential Aide

German police have arrested Rose Kabuye, chief of protocol for Rwandan President Paul Kagame. She is sought for questioning by a French judge on the background to the country's genocide in 1994. (10.11.2008)