Russian opposition leader Alexei Navalny has been detained outside his Moscow home, according to his spokeswoman. The 42-year-old blogger spent June in jail after organizing protests against President Vladimir Putin. 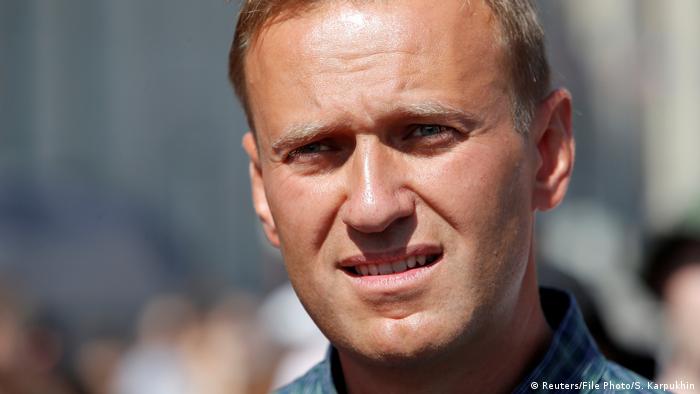 Navalny spokeswoman Kira Yarmysh tweeted that Putin's most vocal political foe was taken to a police station in the Russian capital's Danilovsky district.

"They took his phone away," Yarmysh added, telling the radio station Ecko Moskvy the detention was "probably linked" to Navalny's plan to call protests on September 9 against unpopular pension reform.

Already, more than 2.8 million Russians have signed a petition against the government's plan to raise retirement ages for both women and men.

September 9 is the same day regional elections are planned in the Russian capital as well as in several other areas.

Navalny, who opposed Putin's fourth run for presidency, served a month in prison in June after organizing demonstrations ahead of Putin's inauguration under the slogan "Putin is not our tsar."

As the football World Cup  began in Russia on June 14, Navalny was freed.

Flashback protest over invasion of Czechoslakia

In a parallel incident in Moscow on Saturday, police detained three persons among a group of 50 who were trying to mark the 50th anniversary of the 1968 Red Square protest against the Soviet invasion of Czechoslovakia.

The liberal newspaper Novaya Gazeta said two of those detained were relatives of some of the eight Soviet protesters who in 1968 stood on Red Square before being hauled away by KGB secret police.

Protesters on Saturday had tried to unfold a banner that read "For your freedom and ours," the same slogan used by protesters in 1968.