The Communist Party leader said the proposed changes mean that people will get their "pension in their coffins.” The proposal to increase the pension age is widely unpopular. 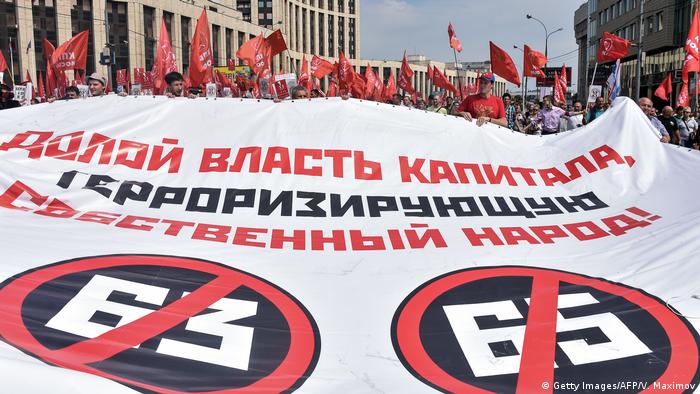 Tens of thousands of protesters rallied across Russia on Saturday against a proposal to increase the state pension age.

More than 10,000 people took part in a protest in Moscow organized by the Communist Party, trade unions and left-wing groups. Dozens of other demonstrations were held in cities and towns across the country.

The cabinet put forward the measure just before the start of the World Cup, a move critics said was designed to avoid attention while the public was distracted.

The lower-house of parliament, the Duma, has given a first reading approval and its set to continue discussing the bill in September.

Life expectancy in Russia has risen from around 65 in 2003 to 72 years in 2016, according to the World Bank. The government argues that increasing life expectancy puts pressure on the pension system. 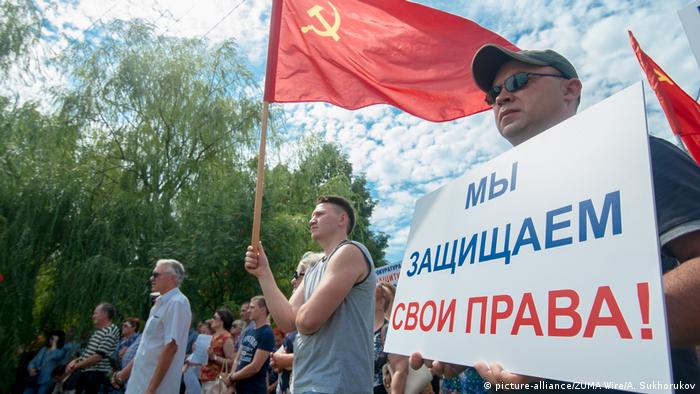 The Communist Party is often compliant with the ruling party. Not this time.

But many people worry that they will not live to receive their pensions. Life expectancy for men is only 67 compared to 77 for women.

Communist Party leader Gennady Zyuganov told the Moscow rally that with Russian men dying in their 60s "they will all get their pension in their coffins."

"It's not a reform, but a crime against the nation," he told supporters.

"If the retirement age is increased, every citizen of Russia will be robbed for more than $16,000 (€13,700) and it is unacceptable," left-wing activist Sergei Udaltsov said at the Moscow demonstration. 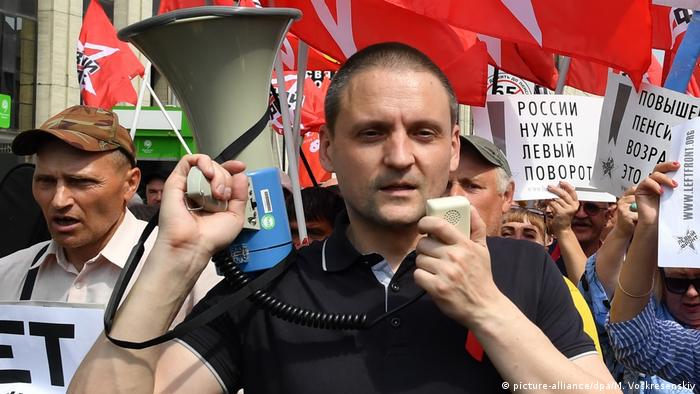 Opposition leader Alexei Navalny wrote on his blog that the aim of the reform "is to rob the public." He has called on his supporters to attend a rally on Sunday in Moscow.

Opponents are demanding a referendum be held on the measure and the fall of the government if the pension reform passes.

The outpouring of opposition against a measure backed by President Vladimir Putin's ruling party is rare. Nearly 3 million people have signed a petition against the pension reform.

Putin had previously vowed not to increase the pension age and now many people feel betrayed. Putin said last week that he did not want to raise the pension age but taking no action was not possible. "We will have to take some crucial decisions," he said.

"Many believed Putin when he said there would be no pension reform. It turns out that was demagoguery. I'm very disappointed in him," protester Irina Ivanova, 49, told AFP news agency in Saint Petersburg.

According to state pollster VTsIOM, public trust in the president has fallen to 64 percent this month compared to 80 percent in May.

Separately, the upper-house of parliament on Saturday passed a proposal to increase the value-added tax by two percent to 20 percent. The vote is the last step before being signed into law.

A video showing an inmate being brutally beaten in Russia has highlighted the issue of abuse in the country's prisons. The lawyer who released the video is now facing threats. Human rights activists are demanding action. (26.07.2018)