Russian transport plane crashes in Syria killing all 39 on board

Russia has blamed technical problems after an Antonov An-26 transport plane crashed at an airbase in Syria. The plane crashed just 500 meters from the runway, killing everyone on board. 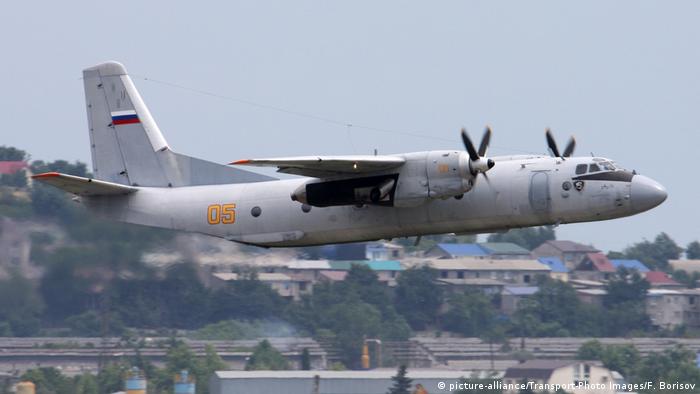 The An-26 plane reportedly crashed at Russia's Hmeymim air base in Latakia Province. There were 33 passengers and six crew members on board, according to reports.

All of them were members of the Russian Armed Forces," Interfax news agency quoted the defense ministry as saying.

The Russian military previously put the death toll at 32.

"The reason for the crash according to preliminary information could have been a technical fault," the ministry said, adding that the plane had not come under fire.

Russian President Vladimir Putin offered his condolences to the families of those killed in the crash, his spokesman, Dmitry Peskov, was quoted as saying by Russian news agencies.

The plane crashed just 500 meters (1,600 feet) from the runway at the airbase that Russia leases from Syria near the Mediterranean coast.

The strategic airport has been Russia's primary base of operations for its air campaign in Syria. Russia has lost nine military aircraft in Syria since it entered the civil war.