Thousands of protesters have urged the electoral commission to reinstate independent candidates for elections in September. One candidate said authorities are "stealing these elections, they are stealing our future." 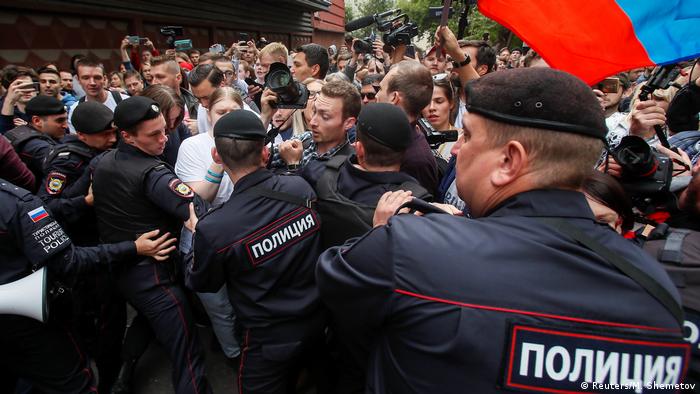 Russian police on Sunday arrested a dozen protesters, including several opposition candidates who were barred from running in Moscow's parliamentary election.

Protesters shouted anti-government slogans, including some targeting Russian President Vladimir Putin. Police had initially decided not to break up the protests but later intervened. One opposition candidate was arrested while en route to the protest. 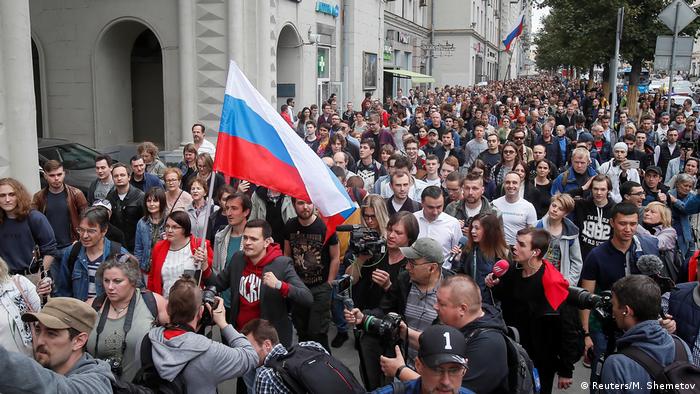 Although the commission has yet to unveil the candidate list, it said a vast majority of sponsored candidates had failed to gather the required number of signatures to participate in elections for local and regional legislatures.

"They are stealing these elections, they are stealing our future," said Lyubov Sobol, another candidate who was arrested on Sunday. "I will stand and fight until the end."

The Economist Intelligence Unit classified Russia as an "authoritarian" country, ranking it 144 out of 168 countries on its 2018 Democracy Index, below both Cuba and Afghanistan.

Read more: Alexei Navalny: 'There is no pro-Putin majority' in Russia

The Russian economy is crawling along at a low rate of growth, with oil prices insufficient to boost state revenues. But, an oil price rise raises the prospect of Moscow delving into its oil funds to boost growth. (01.07.2019)

Ukraine's Internet environment is largely unregulated, but informational warfare from Russia threatens to change that. Some fear that digital rights will be sacrificed in the name of national security. (01.07.2019)