A Moscow jury has found all five defendants guilty in a retrial for investigative journalist Anna Politkovskaya's murder, according to Russian news agencies. It is the first time her killers have been brought to justice. 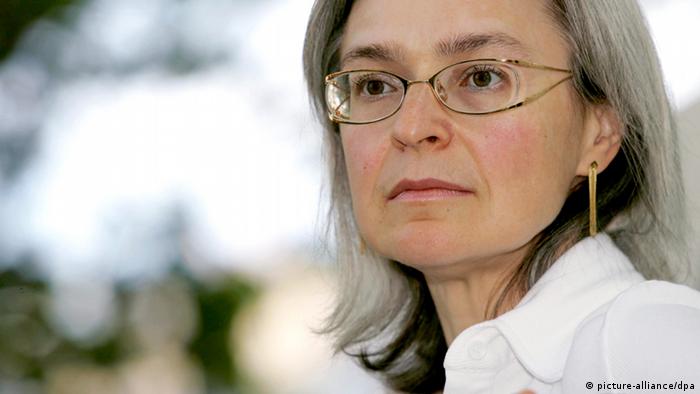 The Moscow city court on Tuesday found four of the defendants guilty for organizing the shooting of Politkovskaya, and a fifth defendant, Rustam Makhmudov, guilty of carrying out the murder.

Politkovskaya, a longtime Kremlin critic, was found shot dead in her apartment building on October 7, 2006. Her killing drew attention to the dangers faced by vocal critics of Russian authorities, but Monday's ruling was the first time those directly involved in her murder have been held accountable.

A former policeman, Dmitry Pavlyuchenkov, was convicted of tracking her and providing the weapon used in her killing. In 2012, he was sentenced to 11 years in a prison camp.

Investigators have yet to identify who ordered Politkovskaya's murder. An earlier trial in 2009 involving some of the safe defendants ended without a conviction.

Joining Rustam Makhmudov among the defendants were his two Chechan brothers Dzhabrail and Ibragim. Rustam was on the run during the earlier trial. The brothers' uncle, Lom-Ali Gaitukayev, was also found guilty of organizing the shooting, as well as former police officer Sergei Khadzhikurbanov.

Sentencing for the defendants in her murder trial is to begin on Wednesday morning.