A voice for the silent: 'To Russia with Love'

To mark the seventh anniversary of Russian journalist Anna Politkovskaya's murder, artists in Berlin held a concert entitled "To Russia with Love." The event also honored other victims of political persecution. 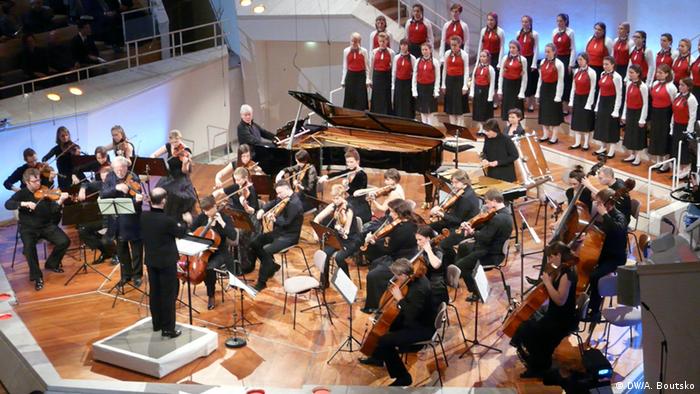 "To Russia with Love - Forum and Concert to promote human rights in Russia," initiated by conductor Gidon Kremer, took place in the chamber music hall of Berlin's Philharmonie. Amnesty International, the Lew Kopelew Forum, Reporters without Borders and a host of other human rights groups lent their support to the event.

Kremer, an exceptional violinist and director of the Kremerata Baltica Orchestras, has been committed to human rights issues for years. Born in Riga, Latvia, he trained as a musician in Moscow and remains strongly connected to Russia.

With names of artists and conductors like Daniel Barenboim, Martha Argerich, Daniel Pahud and Sergei Nakariakov on the program, it wasn't hard to sell out the 1,180 seats for the concert on October 7, 2013, in the chamber music hall of Berlin Philharmonie, home to the city's philharmonic orchestra. Plenty of people also stood around outside before the start of the concert, hoping to grab a ticket someone wanted to get rid of at the last minute. 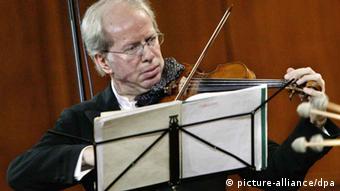 The names of these stellar musicians caught people's attention, as did that of murdered Russian journalist Anna Politkovskaya. The media and the public still discuss theories about her death, even seven years later. Politkovskaya, a human rights activist, was outspoken in her criticism of the Chechen conflict and her opposition to Russian President Vladimir Putin.

The concert this month was not the first of its kind. Others occurred in 2009 and 2011 in Leipzig and Strasbourg. The idea behind the project is to use music to draw attention to human rights issues and to "give a voice to those who have been muzzled," Kremer told DW in an interview.

But Politkovskaya isn't the only one who was commemorated at the concert. "We don't want to reduce our solidarity to just a few people," Kremer said. "We are concerned about all those in Russia who are victims of injustice and oppression."

German-Romanian Nobel laureate Hertha Müller set the tone for the concert evening in Berlin. The petite writer, who was born in 1953 in the Banat region of Central Europe, spoke of her personal impressions of today's Russia. It is defined by "a small KGB man," she said, who has run Russia for the past 14 years. "Vladimir Putin mixes together old ideology with new wealth, new bigotry and chorus line kitsch," she said. "The result is a statesman who comes across as a God-fearing wretch with hands folded in prayer; a bare-chested, muscled-up Rambo; and a face-lifted, wannabe heartthrob." 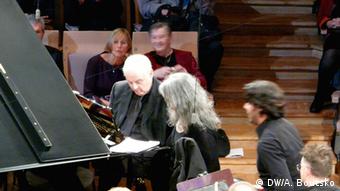 Daniel Barenboim was also on stage

Over the course of the evening, actors Martina Gedeck and Sebastian Koch read texts by Anna Politkovskaya and Mikhail Khodorkovsky. Khodorkovsky, a former businessman and once the wealthiest man in Russia before being arrested in 2003, has been in prison for the past 10 years, after being found guilty of fraud and embezzlement. His trial and imprisonment have been the subject of ongoing debate, with many claiming his arrest and incarceration were politically motivated. The European Court of Human Rights has found that Russian authorities committed several violations in Khodorkovsky's case.

Svetlana Gannushkina, a member of the Russian president's human rights council, spoke of her despair over the draconian laws that Russia's Duma, the lower house of parliament, has passed - against the council's advice: from the infamous "foreign agent law" of 2012 to the prohibition of what the Kremlin dubs "homosexual propaganda." 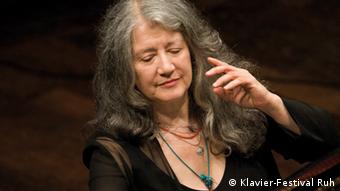 With so many speakers, the concert portion of the evening had to hold its own. Given the diverse range of musicians performing, the program proved wide-ranging - almost random. Mieczyslaw Weinberg's "Second Sinfonietta" was on the bill, as was the flute version of "Lensky's Aria" from Tchaikovsky's "Eugen Onegin" opera. The evening also brought a premiere of "The Angel of Sorrow" for orchestra and children's chorus, but the piece by Georgian Giya Kancheli, who lives in Belgium, received mixed reactions from both the audience and critics.

It was only in the second half of the program, when pianists Khatia Buniatishvili and Martha Argerich took the stage, that the music realized its potential as a space of complete freedom. One lovely surprise of the evening was Franz Schubert's "Grand Rondeau" - a piano sonata for four hands, which wrapped up the concert with a conciliatory, comforting note much in keeping with the event's motto, "To Russia with Love."

Current "Ring" productions, not only in Germany

Productions of Wagner operas in the composer's bicentennial in 2013 range from low-key and comedic to over-the-top. And when it comes to the composer's four-part opera masterpiece, European theaters are going all out. (01.04.2013)

Israeli-Argentine pianist and conductor Daniel Barenboim already has countless awards to his name and now he can lay claim to another; the Bundesverdienstkreuz, one of Germany’s top federal decorations. (12.02.2013)