Germany's top police authority has found evidence that Islamist terrorist groups may target the 2018 World Cup in Russia. The agency also pointed to Russia's hooligan scene as a source of violence. 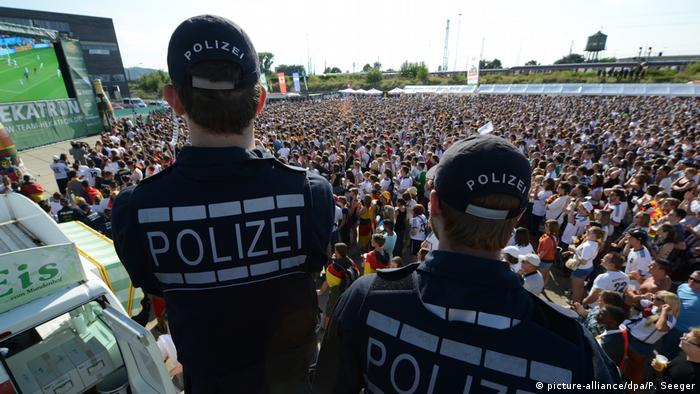 Germany's Federal Criminal Police Office (BKA) has estimated a high risk of Islamist terror attacks and hooligan violence during the 2018 World Cup in Russia, according to an internal BKA report seen by German daily newspaper Bild.

Violent clashes between Russian hooligans and Spanish police during Spartak Moscow's recent Europa League tie in Bilbao put the issue of security during the competition under increased scrutiny.

A history of violence: Russian hooligans made international headlines when they attacked England fans during the 2016 European Championship in France. Thirty-five people, most of them from England, were injured in clashes in the southern French city of Marseille.

The jihadist group had suffered heavy losses in recent months and lost much of its territory in Syria. The Russian military said "not a single village" remains in IS control. (07.12.2017)