Following a tough week of talks, Russia's top diplomat Sergey Lavrov repeated Moscow's demands on NATO expansion and said his government will not "wait forever" on a response. 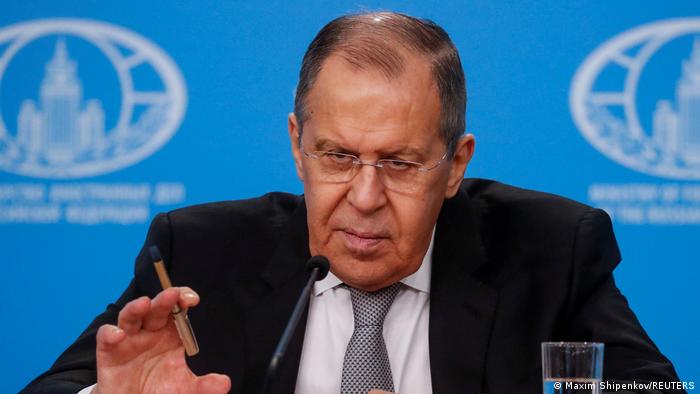 The comments come as thousands of Russian soldiers are stationed at the border of Ukraine, with Kyiv fearing a full-scale invasion. A series of talks this week between Russia and the West ended Thursday without any significant breakthroughs.

Russia not budging on main demands

Russia has asked for guarantees that NATO would not expand east to Ukraine or accept more countries from the former Soviet Union. It is also demanding that the military alliance remove weapons and forces from central and eastern Europe.

On Friday, Lavrov said that meeting these demands would be essential for finding a diplomatic solution and that Russia is "not ready to wait forever" for the US and NATO to respond.

He added Moscow has various options if the West rejects Russia's security proposals.

Lavrov: 'We are waiting for a written response'

Most of Russia's demands have already been rejected by NATO and the US.

Nevertheless, Lavrov said Moscow wants a response in writing, which would state which proposals worked and which did not and also include explanations. This response is needed before any decisions can be made on the next steps, he said.

Lavrov added that he hopes the US and Russia will be able to resume talks following this week's summit in Geneva. According to him, this will depend on the response from the US and NATO.

Russia to set out Ukraine demands in NATO talks

The buildup of an estimated 100,000 combat-ready Russian troops near the border with Ukraine in recent weeks has raised fear of armed conflict breaking out. 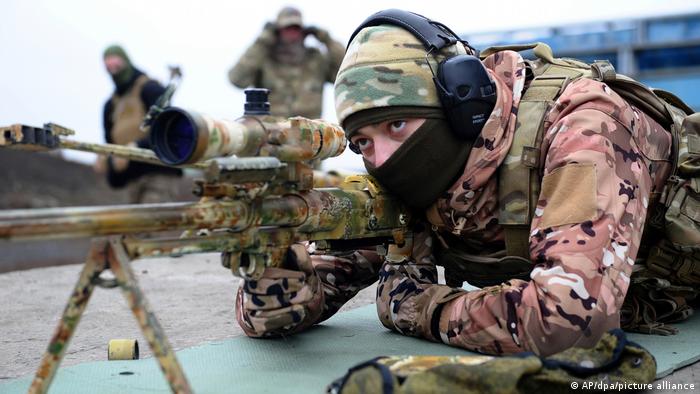 Lavrov said Friday that Moscow has reasons to believe the US and NATO will use Ukraine tensions as a pretext for a force buildup near Russia.

Conversely, analysts have pointed out that Russia is using the threat of military force in an attempt to gain long-desired concessions from the US and NATO in Europe.

US open to diplomacy, vows to defend allies

Sergei Ryabkov, Lavrov's deputy, said Thursday that he would "neither confirm nor exclude" the possibility of Russia sending military assets to Cuba and Venezuela if Washington and its allies don't withdraw their military activities in Eastern Europe.

In response, US national security adviser Jake Sullivan dismissed Ryabkov's remarks as a "bluster in the public commentary."

"If Russia were to move in that direction, we would deal with it decisively," Sullivan said.

Still, the US is open to more talks with Russia. "We're ready to make progress at the negotiating table," Sullivan said. "We're ready to take the necessary and proper steps to defend our allies, support our partners and respond robustly to any naked aggression that might occur."

The European Union's foreign policy chief Josep Borrell said on Friday that the situation represented  "a watershed moment" for Europe.

"The EU is certainly ready to respond directly to any aggression, but our preference and natural path, according to our nature, is that of dialogue and negotiations," Borrell said after an EU foreign ministers meeting in Brest on the west coast of France.

Borrell: 'Our preference is that of dialogue and negotiations'

The EU foreign ministers also raised concerns about a cyberattack against Ukraine on Friday, fearing it could be paving the way for military action by Russia against its neighbor.

"Some say the cyberattack could be the prelude for other activities, military activities," he said.

Sweden's Foreign Minister Ann Linde also echoed Schallenberg's concerns. "This is exactly the kind of thing that we have warned of and that we are afraid of," Linde said. "If there are attacks against Ukraine, we will be very harsh and very strong and robust in our response."

DW correspondent in Brest Lisa Louis said the EU is "banking on diplomacy," with France and Germany announcing talks with Ukraine in the next few days.

EU countries are "trying to multiple contact, but it seems like that's all they can do," Louis added.

German Foreign Minister Annalena Baerbock is due to meet Lavrov in Moscow on Tuesday to address the mounting tensions, she said.

Baerbock is also set to visit Kyiv on Monday amid calls to revive the so-called Normandy Format talks — a grouping of Germany, France, Russia and Ukraine aimed at de-escalating the conflict. The last meeting under the Normandy Format was held in 2019.

"We are doing everything to avoid any further escalation," Baerbock told reporters on Thursday.

The top German diplomat insists that talks with Russia must continue despite a lack of progress.  "Even though there have been no real movement at the moment, it is important that we are finally returning to the dialogue table," Baerbock said in Brest.

On Thursday, German Chancellor Olaf Scholz also said it needed to be made clear to Russia that "military activity would have a very high price."