Government sites were hit with an apparent hack "attack," Ukrainian officials said. It is not immediately clear who is responsible for the cyberattack. 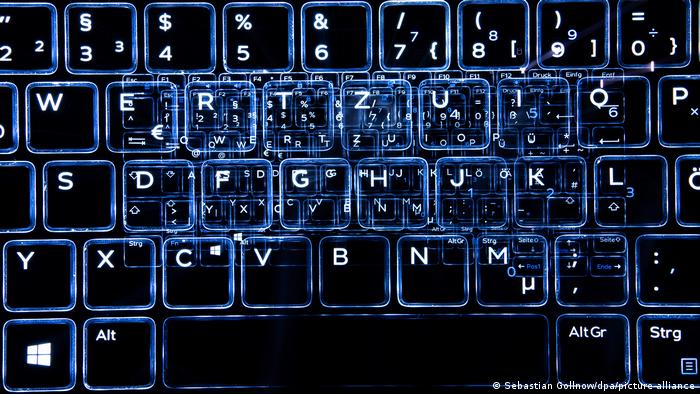 Websites belonging to a number of Ukrainian government ministries have been hit by what is believed to be a cyberattack, officials said on Friday.

According to government sources, websites belonging to the Ministry of Foreign Affairs, State Emergencies Service and Cabinet ministers were also affected.

It was not immediately clear who could be behind the attack, although a specialized policing unit has begun working to uncover the possible source.

Ukrainian media reported that an announcement posted in Russian, Polish and Ukrainian had initially appeared on the landing page of the Foreign Affairs Ministry, which read: "Ukrainian! All your personal data has been uploaded to a shared network. All data on your computer is destroyed, it is impossible to restore it."

The message then mentioned historic regions in central and eastern Europe, while referencing a Ukrainian extremist organization called the Organization of Ukrainian Nationalists, which is banned in the Russian Federation.

A spokesperson for the Ukrainian Foreign Ministry, Oleg Nikolenko, said it was too soon to assign blame, but added that there had been a history of Russian involvement in similar incidents.

"It's too early to draw conclusions, but there is a long record of Russian assaults against Ukraine in the past," Nikolenko said.

Ukraine's security services said in a statement on Friday that no content on the websites had been altered and "no personal data was leaked."

The European Union also commented on the situation, saying it was rallying "all its resources" to help Kyiv following the breach.

After the apparent cyberattacks, NATO Secretary-General Jens Stoltenberg on Friday promised that the alliance would continue to provide "strong political and practical support."

"In the coming days, NATO and Ukraine will sign an agreement on enhanced cyber cooperation, including Ukrainian access to NATO's malware information sharing platform,'' Stoltenberg said in a statement.