The panel created unanimously by the Security Council is due to end in mid-November. Russia has drawn criticism for the move, but says it must first review an upcoming report before allowing the probe to move forward. 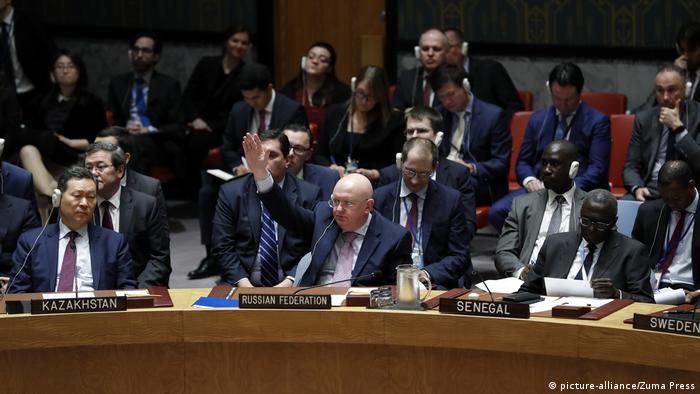 Russia on Tuesday cast a veto at the United Nations Security Council blocking the extension of a mission set up to identify perpetrators of chemical weapon attacks in Syria.

The Joint Investigative Mechanism (JIM), a joint panel of the United Nations and chemical weapons watchdog Organization for the Prohibition of Chemical Weapons (OPCW) was created by the Security Council in 2015 and renewed last year for another year.

On Thursday, just weeks before the end of its mandate, the JIM is due to submit its report on who was responsible for the use of banned sarin nerve agent in Khan Sheikhoun in Syria on April 4.

At least 87 people including 30 children died in the attack on the town in the opposition-held Idlib province. The attack caused global outrage and prompted the United States to launch missiles on a Syrian airbase.

Syrian President Bashar al-Assad's regime has denied using chemical weapons in the 6-year civil war and claims it no longer possesses chemical arsenal in compliance with a 2013 agreement brokered by Russia and the United States. 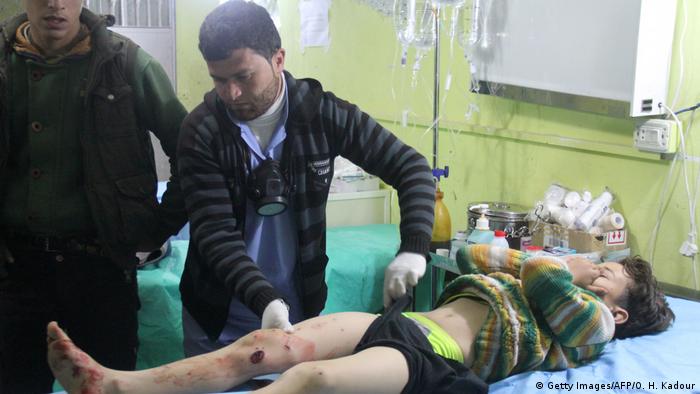 Russia's UN Ambassador Vassily Nebenzia wanted to discuss the JIM report on Khan Sheikhoun before voting on the extension of the mission.

"Don't try to create the impression that the JIM will be a dead letter unless we adopt this resolution today," Nebenzia said ahead of the vote.

"We are ready to return to extending the JIM after the publication of the report and after we discuss it after the 26 of October."

But US envoy Nikki Haley insisted on a vote before the report, saying Russia wanted first to see if the report blames its ally Syria for the Khan Sheikhoun attack. The US blames the Syrian military for the attack.

'Assad and his team of murderers'

There were fears that Russiamay not support extending JIM's term. It has in the past openly questioned the work of the panel.

China abstained from Tuesday's vote, while Bolivia joined Russia in voting against the resolution. Eleven countries voted in favor of the text.

"Russia has once again demonstrated it will do whatever it takes to ensure the barbaric Assad regime never faces consequences for its continued use of chemicals as weapons," Haley, who is currently in Africa, said in a statement.

"This is the ninth time Russia has protected Assad and his team of murderers by blocking the Security Council from acting," she said. "In doing so, Russia once again sides with the dictators and terrorists who use these weapons."

Syrian forces used chemical weapons at least 27 times over the course of the civil war, UN investigators have found. The UN report also decries the US for failing to protect civilians in its attacks on Islamist forces. (06.09.2017)

The US has issued sanctions against hundreds of Syrian scientists and officials for their role in developing chemical weapons. The measures come after a poison gas attack killed over 80 people in a rebel-held province. (24.04.2017)