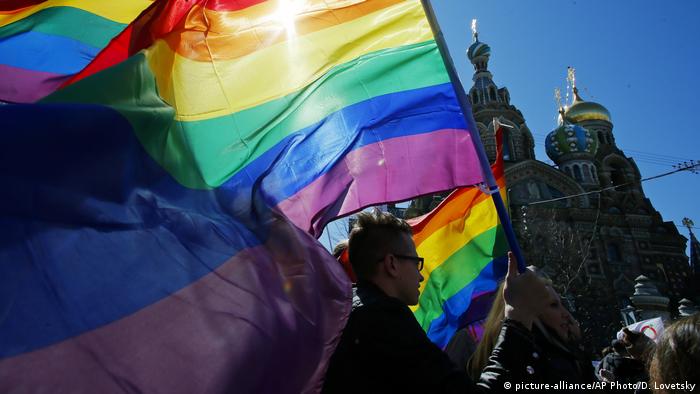 The draft amendment enshrines the mention of Russians' "faith in God" and states that marriage is between "a man and a woman," according to the lower house of parliament's vice speaker, Pyotr Tolstoy.

The Russian president has long aligned himself with the Russian Orthodox Church and actively promoted distancing his country from liberal Western values. Last month, he said Russia would not legalize same-sex marriage as long as he remains president.

Putin has said he is not prejudiced against gay people, but has asserted that homosexuality and gender fluidity are out of step with traditional Russian values.

A federal law signed by Putin in 2013 already considers the "public promotion of homosexuality" as a crime. Currently, only heterosexual couples can adopt children.

Prior to that, homosexuality in Russia was officially criminalized until 1993 and considered a mental illness until 1999.

Putin's gay marriage amendment is part of his proposed a shake-up of Russia's political system. In January, he announced plans to change the constitution to broaden the powers of parliament. The Duma is set to give final approval to the draft next week ahead of a nationwide vote on April 22.

But critics say the reforms are designed to extend his grip on power long after he is due to leave in 2024, as some of the amendments could enable Putin to remain in Russian politics, as prime minister with expanded power, a lifetime senator or as head of the advisory State Council.

Peter Tatchell was arrested by police after unfurling a poster critical of Vladimir Putin. The incident highlights Russia's approach to criticism of the president as well as the state of gay rights in the country. (14.06.2018)