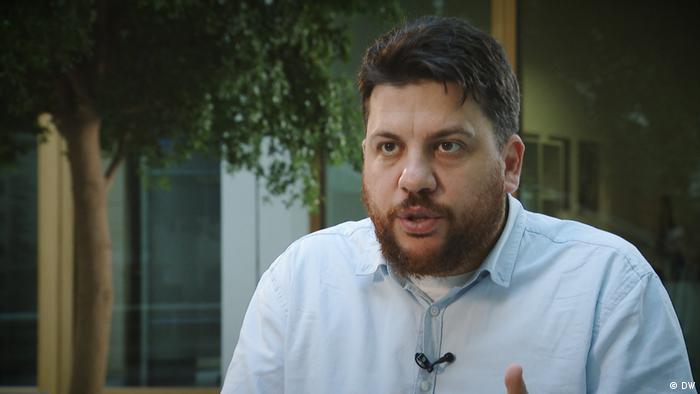 Volkov, who lives in the European Union, has pressured the Kremlin to release Navalny, through calls for protests in Moscow and for international institutions to sanction Russia.

He has been added to a wanted list that extends to several former Soviet countries, known as the Commonwealth of Independent States (CIS).

Should he be detained or extradited, he would be held in Russia for two months, said Moscow's Basmanny Court.

Russian authorities have accused Volkov of persuading minors to join the national rallies through a video that he posted on YouTube.

Accusations of 'appealing to minors'

Volkov said on Facebook that he was ignoring the accusations. In his post, he said he was wondering if he should "be proud" or feel "uncomfortable" knowing that several other Russian opposition figures face more "serious charges."

Russia's Ministry of Internal Affairs said in a statement last month that Volkov, among other Navalny supporters, had tried to "maximize the involvement of young people, including minors, in unauthorized actions in the regions.”

The ministry cited videos of the protests that young people posted on the video sharing app Tiktok.

Under Russian criminal law, Volkov could face up to three years in prison on charges of "persuading minors to commit illegal acts in information and telecommunication networks,” according to Russian news agency TASS.

Volkov reportedly left Russia after the August 2019 rallies in Moscow.

Security forces in Russia have cracked down on nationwide protests that have emerged in recent weeks following Navalny's arrest. Authorities detained thousands of demonstrators.

Police have also arrested several of Navalny's allies from at least 100 cities around Russia, as the opposition leader's team repeatedly calls for protests to pressure the Kremlin to release him.

In January, Navalny was arrested upon his return to Moscow, after he spent months in Germany recovering from a poisoning attack, which he blamed on the Kremlin.

A court sentenced Navalny to 3 1/2 years in prison on charges of violating a 2014 embezzlement sentence.

The European Court of Human Rights (ECHR) had previously ruled that Navalny's conviction in 2014 was "arbitrary."

Navalny is also in trial for slandering pro-Kremlin figures, who participated in a video to promote constitutional amendments in Russia.

Navalny had described them as "traitors" for the amendments that would keep President Vladmir Putin in office until 2036.

The persecution of Navalny has brought international criticism to Russia [in link: 56436335], and caused a rift between the Kremlin and the European Union, who demands his release.

Protests in support of jailed Kremlin critic Alexei Navalny have triggered a tsunami of arrests in Russia — prisons in and around Moscow are bursting at the seams. Juri Rescheto reports from Sakharovo.