Russia's counterterrorism forces have killed eight "Islamic State" (IS) militants in North Caucasus. Thousands of Russian citizens are now believed to be fighting for jihadi-affiliated factions in Syria. 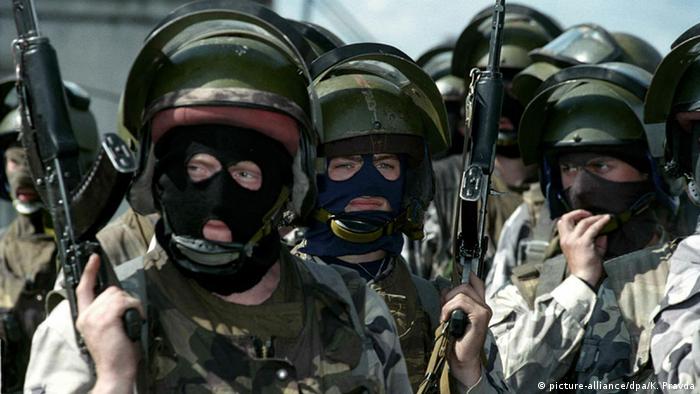 Russia's Anti-Terrorist Committee said on Sunday that the jihadi militants were killed in combat in the province of Ingushetia, west of Chechnya.

"As a result of a firefight, eight militants were neutralized," the Committee said in a statement on Sunday. The agency failed to disclose, however, exactly when the incident took place.

The statement, published by Russian news agencies, said the group's leader, Adam Tagilov, was also among those killed. He was accused of organizing an armed raid on Chechnya's provincial capital, Grozny, in December 2014, the day of President Vladimir Putin's state of the nation address. Twenty-five people were killed in the attack.

The eight men killed by Russian forces were believed to have been part of the Chechen umbrella group, the Caucases Emirates, which in June "pledged allegiance and joined the international terrorist organization IS" and appointed a "governor" of the Caucasus.

They were allegedly responsible for a series of deadly attacks against police in the region.

According to Russian officials more than 1,000 Russian nationals have joined the Islamist militant group and are fighting for factions affiliated with IS jihadists in Syria.

Fears are mounting over the major threat they could pose when they return. Chechen separatists have previously fought a number of wars against the Russian authorities