Russian President Vladimir Putin has praised the elections as "free and fair." But members of the Communist Party and others don't agree. Many of the protesters were from the Communist Party, the second largest Party in the State Duma

A crowd of around 1,000 people turned out in capital city Moscow on Saturday to protest the result of Russia's parliamentary election.

Police detained a number of demonstrators at the unauthorized rally.

But the three-day vote took place amid a crackdown on the opposition. 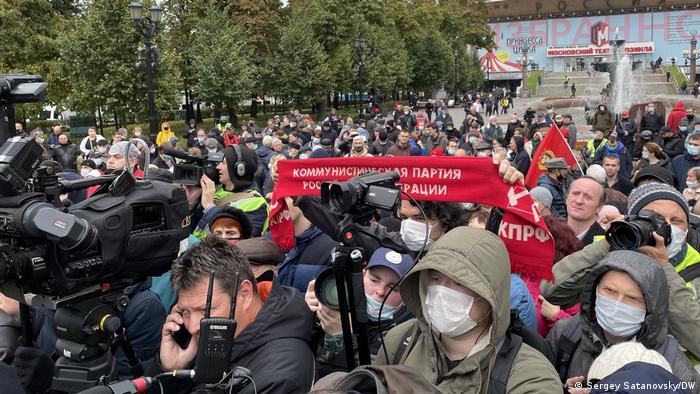 Many of the protesters were from the Communist Party

What happened at the demonstration?

The demonstration was held in Pushkin Square in Moscow. It was organized by the Communist Party, the second-largest group in the Duma.

They were arguing that they were cheated of victory.

The crowd chanted "Putin is a thief!" and called for the release of political prisoners.

Some people at the rally said they did not support Communism as a political ideology but showed up to express their anger over electoral fraud. 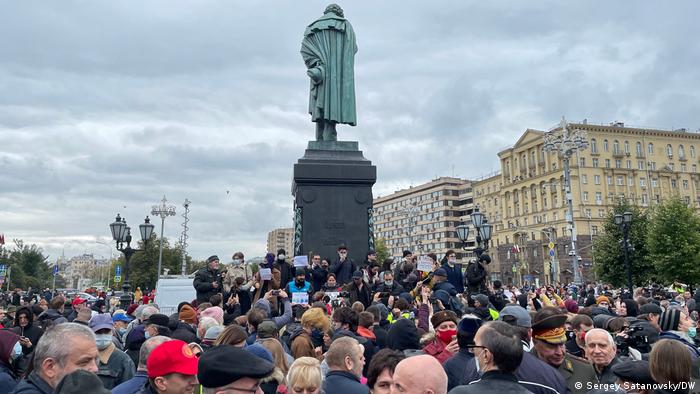 A crowd of Russians protest the election result

Russian authorities also warned against taking part in unauthorized protests ahead of Saturday.

But officers opted to play music over loudspeakers rather than carrying out mass detentions seen during rallies in support of Navalny earlier this year.

Protest monitoring group OVD-Info said it was aware of over 50 cases of people involved in the protest subsequently experiencing official harassment.

The Communists claimed about 60 of their activists had been detained ahead of the demonstration. 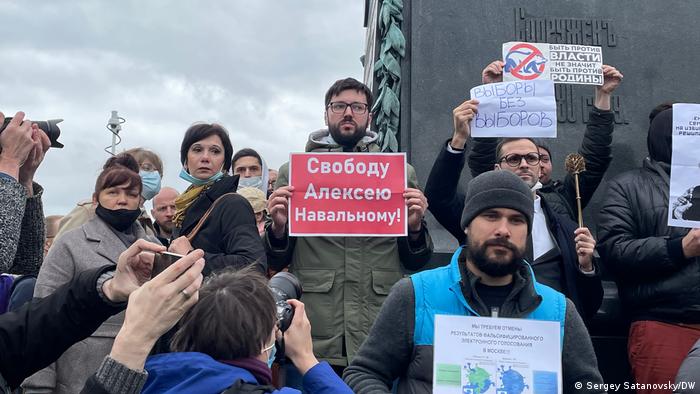 How fair was Russia's parliamentary election?

During the elections, United Russia won 324 seats in the 450-member Duma, more than the two-thirds majority needed to change the constitution. The Communists are the second-largest faction with 57 seats, up from their previous 42.

Putin met with party leaders on Saturday and pointed out that Duma would have five parliamentary groups instead of four for the first time since 1999. That was, he said, a sign of "the democratic development in our country."

The Kremlin has said it wants electronic voting, which was used in Moscow for last week's election as well as several other regions, to be rolled out nationwide in future votes.