Russia: Google told to clamp down on Navalny's 'Smart Voting'

A Moscow court has ordered Google to stop displaying the term "smart voting" in its search results — two weeks before elections. Smart Voting is a strategy developed by Navalny's team against the pro-Putin bloc. 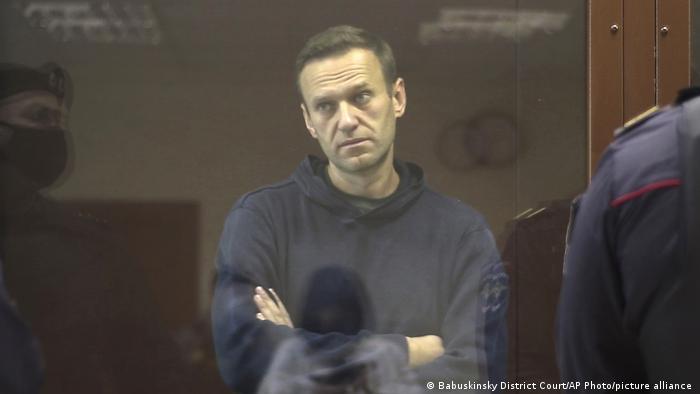 Navalny's project, an app which promotes his Smart Voting strategy, can help users vote for specific candidates in order to harm the chances of the contenders backed by the ruling United Russia party. His team hopes to use the strategy to gain new ground against the allies of President Vladimir Putin in the parliamentary election set for September 17-19.

Navalny supporters and the Russian election

According to the court document, a sheep wool company called Woolintertrade claimed that Navalny's team registered a logo identical to their own.

The company went to court on June 29 to appeal for trademark protection, Meduza reported. The Moscow court then approved the block as an interim measure.

In another example of government pressure, Russian state communications watchdog Roskomnadzor warned Apple and Google they were risking fines by not removing Navalny's app from their app stores. The warning, issued earlier this week, said that not blocking the app could be interpreted as "interference in Russian election."

Navalny ally Ivan Zhdanov, slammed the court's decision as "illegal." He said he was surprised that the process of registering a trademark could go at such a rapid pace — right before elections.

"It's naive to think that some company can register a trademark in a month, and then quickly file a lawsuit in the Moscow court and immediately get interim measures," Zhdanov wrote on Instagram.

"There is a real war going on right now over the internet. I'm not just talking about blocking: We are now spending unimaginable resources every minute to keep the Navalny (Smart Voting) app available," Zhdanov said.

"We are counting on Google not to implement this decision," he added.

Zhdanov also said "IT giants" would have to "work out a whole system" which "protects political projects from the Kremlin."