Russia: From OPEC+ offender to enforcer | Business | Economy and finance news from a German perspective | DW | 09.06.2020 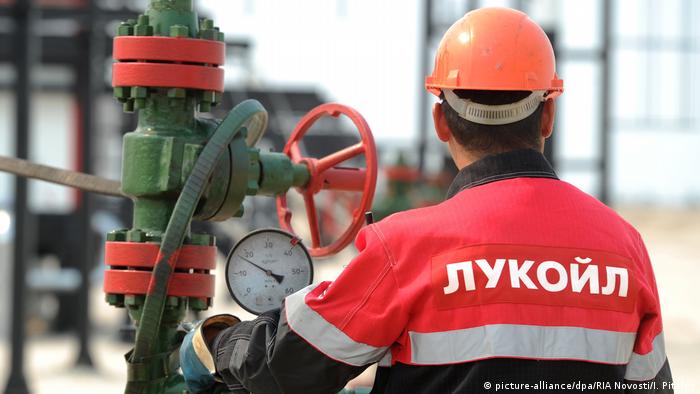 OPEC+, an alliance between the Organization of the Petroleum Exporting Countries (OPEC), led by Saudi Arabia, and a handful of other oil producers, helmed by Russia, has agreed to extend record oil production cuts until the end of July.

The deal only went through after Riyadh cracked the whip on so-called free riders such as Nigeria and Iraq for producing much more oil than they had promised, demanding them to compensate with extra cuts from July to September.

Joining Saudi Arabia in calling for better compliance was Russia, which has itself struggled to comply with its pledged targets in the past. Russia, the world's second-largest crude oil exporter, complied with OPEC+ targets only for three months last year and that too largely owing to a monthslong contamination crisis surrounding its Druzhba pipeline. According to estimates by Moscow-based Vygon Consulting, the average compliance by Russia was above 80% from January 2017, when the OPEC+ cuts kicked in, to September 2019.

Russia seems to be leading by example, at least for now. It has managed to cut its production swiftly to 8.6-8.7 million barrels per day (bpd), just close to its pledged target of 8.5 million bpd — much to the surprise of many oil analysts, who said Russia would find it difficult to coordinate such a major supply cut (over 20% of total output) with its large number of private operators. They also flagged that a vast majority of Russian oil wells are old, mature wells, which are more complicated to shut in and bring back online than the wells in the Persian Gulf.

"We were definitely quite impressed with the quickness of these reductions among the operators. Obviously, there's still needs to be a little bit of work done in June and now in July," Nikolai Novikov, an analyst at Baker Mckenzie, told DW.

Too low for comfort

Analysts say that this time around Russia has gone about the cuts in a more structured manner. It has not only involved the big oil companies but also the smaller ones, by inviting them to the negotiations.

Russia's high level of compliance can be attributed to low oil prices, which went into a tailspin after Moscow in March refused to back Riyadh's plan for deeper oil cuts to stabilize oil markets hurt by the coronavirus pandemic. Saudi Arabia launched a price war in retaliation.

The double blow of the pandemic, which destroyed up to 30% of global oil demand in April, and the price war led to a historic oversupply, taking Russia by surprise. The sharp and swift drop in oil prices hurt the Russian economy, already reeling from the other fallouts of the coronavirus, and became a catalyst for Moscow to sign the ongoing OPEC+ deal.

"In April, Urals [Russian crude] prices dropped under $10 a barrel. Now, that was something unseen since 1998, the last time Russia defaulted," Novikov said. "Obviously, that's an alarm bell in the Ministry of Finance."

Oil and gas are vital sources of Russian government cashflow. In 2019, proceeds from sales of oil and gas accounted for 41% of its budget revenues.

The latest deal, which cut global supplies by almost 10%, has helped crude prices double in the past two months. Even though Brent crude is now trading at around $40 a barrel — a price level that Russia needs to sustain its government budgets — Moscow is of the view that the market remains fragile.

"The market has not come into balance yet despite the demand restore with the phased removal of quarantine measures around the world," Darya Kozlova, head of regulatory affairs at Vygon Consulting, told DW. "In addition, markets and oil prices will remain under pressure as risks of the epidemic second wave and tensions between the United States and China are still high. Therefore, good compliance with the agreement is in the interests of all participants."

Analysts also attribute Russia's high compliance to US President Donald Trump, who played a crucial role in getting Riyadh and Moscow to end the price war and return to the negotiating table.

While the details of Trump's phone conversations with Russian President Vladimir Putin are not known, there are suggestions that the US president probably offered an ease in diplomatic relations between their two countries, which have been strained in the past few years.

"Donald Trump must have offered something to Russia in order to persuade it to turn around and cut as deep as it is now doing (deeper cut than ever before)," Bjarne Schieldrop, chief commodities analyst at Sweden's SEB Markets, told DW.

The Russian resolve to maintain deep cuts has also been helped by the woes of the US shale industry, which has been forced to cut output swiftly due to low oil prices and is staring into scores of bankruptcies. Moscow has always been wary of losing market share to the US shale players, which do not take part in any coordinated output cuts.

Russian efforts to comply with its promised output cuts are also being aided by the fact that in summer months it's easier to operate and shut the oil wells in western Siberia.

Analysts and experts, including Fares Kilzie, the founder of Moscow-based investment company Creon Group, have described Moscow's latest strategy as a "tactical retreat" for both oil market and geopolitical reasons and say that the country may not be too keen on output cuts when oil prices reach what it deems is a comfortable level.

"A close relationship with Saudi Arabia is valuable to Russia but we know from March 6, when the relationship between the two fell apart, that Russia is unwilling to cut in order to try to chase the oil price towards $60-70-80 per barrel which is what Saudi Arabia wants to do," Schieldrop said.

"Russia is happy with a price of $50 per barrel while at the same time be able to increase production gradually higher every year. So, when the oil price moves past the $50-55 per barrel mark, we assume that Russia will be increasingly reluctant to cut production and rather opt for more volume instead," he said.