Following fresh sanctions from the European Union, Russia has further consolidated its position as the world's most sanctioned nation. Adding to Russia's pain is a traditionally neutral European country. 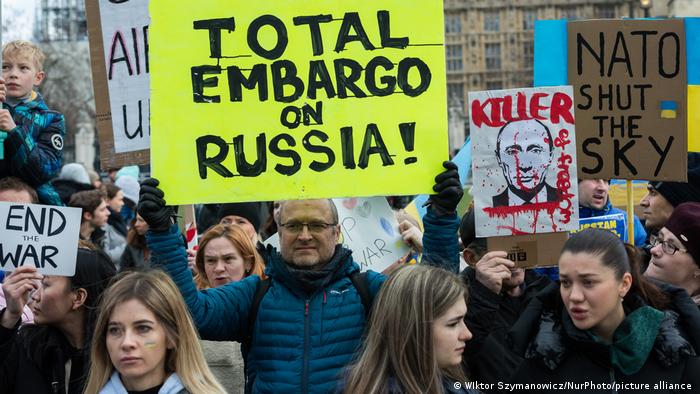 Russia has been hit with nearly 4,000 sanctions since February 22

Russia has overtaken Iran to earn the unenviable title of the world's most sanctioned country as Western countries slap thousands of sanctions targeting Russian entities and individuals in response to the Kremlin's war against Ukraine.

Russia has been pounded with close to 4,000 sanctions since February 22, a day after President Vladimir Putin recognized two separatist regions in eastern Ukraine as independent states and ordered the dispatching of troops to the region, according to Castellum.AI, a global sanctions-tracking database.

The sanctions in response to the war in Ukraine, which are inflicting severe pain on the Russian economy, have taken Russia's tally of penalties past 6,000. Before February 22, Russia was subject to fewer than 3,000 sanctions, most of them in response to its annexation of Crimea in 2014.

By comparison, Iran has seen 3,600 sanctions against it over the past decade, mostly in response to its nuclear program and support of terror organizations. Syria, North Korea and Venezuela round out the top five most-sanctioned countries, Castellum.AI data shows.

Western sanctions against Russia have come in several tranches, each aimed at inflicting greater pain on the economy and oligarchs as Moscow continues to bomb Ukrainian cities, including the capital, Kyiv.

Some of the most notable penalties include freezing the assets of the Russian Central Bank, cutting off most Russian banks from the SWIFT payments system, the US's banning of Russian oil and gas imports, and Germany's putting approval for Nord Stream 2 gas pipeline on the back burner.

The coordinated penalties, one of the harshest sanction campaigns in history, have already crippled Russia's economy, sending the ruble tumbling to record lows against the US dollar. Prominent multinationals, including Apple, BP, McDonald's and Volkswagen, have either shut shop or suspended operations in the country.

A bulk of the recent sanctions have been directed at Russian individuals. A handful of vessels and aircraft belonging to Russian oligarchs have also been targeted.

Switzerland, a traditionally neutral country, is among nations that have imposed most penalties against Russia, with close to 600 sanctions measures, including against Putin and his prime minister, Mikhail Mishustin. Bern says it has been implementing the sanctions in coordination with the EU.

The US has imposed fewer than 300 sanctions actions, putting at the seventh spot, behind France, Canada, Australia and the United Kingdom. However, it remains the country with the most sanctions against Russia since 2014, with more than 1,200 measures, Castellum.AI data shows.

Russia's oligarchs and their sports investments

Some of Russia's richest people have used sports to spread their influence across the world. With the invasion of Ukraine and the sanctions hitting their country, oligarchs could lose their prized sports assets.

Could sanctions against Putin cripple the global economy?