Russia has opened a criminal case against a US citizen accused of spying. Relations between Moscow and Washington have soured since Russia's annexation of Crimea and accusations Russia interfered with US elections. 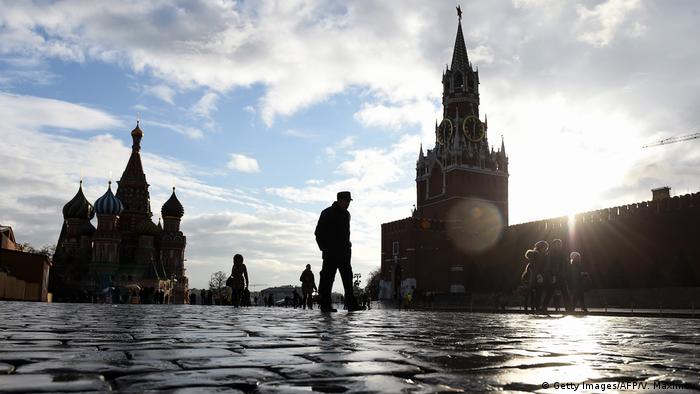 Russian authorities arrested a US citizen in Moscow on charges of espionage, the domestic security service (FSB) said in a statement on Monday.

The FSB said the man was caught on December 28 "during an espionage operation" without giving further details. A criminal case has been opened against him under Article 276 of the Russian Criminal Code, which allows for prison sentences of up to 20 years.

The US State Department said it was "aware of the detention of a US citizen by Russian authorities" and that it had received formal notification from the Russian Foreign Ministry. It went on to demand consular access to the citizen, whom they did not identify.

"Russia's obligations under the Vienna Convention require them to provide consular access. We have requested this access and expect Russian authorities to provide it," the department said.

Russia has been entangled in multiple spy scandals in the West. Russian agents are suspected of poisoning former double agent Sergei Skripal and his daughter in England. A Russian national, Maria Butina, was also convicted in the United States for acting as an illegal foreign agent.

Tensions between Moscow and Washington have intensified since Russia annexed the Crimean peninsula from Ukraine in 2014. Since then, the US and other countries have imposed various sanctions against Russian officials, companies and banks. The US is also investigating whether Russia interfered in US elections in 2016.

'I' by Wolfgang Hilbig

From Berlin to Washington, Western governments have accused Moscow of staging all kinds of cyberattacks. DW examines the revelations about Russia's counterintelligence operations on foreign soil. (05.10.2018)