The Russian government took action against three German NGOs in a move criticized by Berlin. All three organizations say they work to bring Germans and Russians together with a goal of greater mutual understanding. 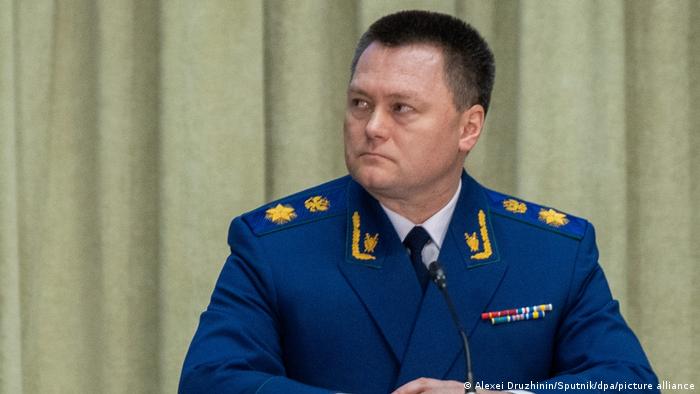 The Prosecutor General's move seeks to curtail the work of the Forum of Russian-Speaking Europeans, the Center for Liberal Modernity and the German-Russian Exchange under a widely criticized law that aims to curb criticism of the Russian government.

Why does Russia want to curtail the work of German NGOs?

The Russian Prosecutor General's office claimed the three German NGOs' work "threaten the foundations of the constitutional order and security of the Russian Federation."

Two of the NGOs participate in the St. Petersburg Dialogue, a German-Russian forum that brings civil society along with think tank experts and policy makers from both countries together.

The move comes as a result of a contentious Russian law requiring NGOs which receive foreign funding and engage in "political activity" to register as "foreign agents."

All three NGOs have their headquarters in Berlin. The Center for Liberal Modernity describes itself as a think tank for democracy, freedom and being open to the world. It cooperates with the Sakharov Center in Moscow devoted to the protection of human rights in Russia. It described the Russian decision as a "capricious political act."

"It aims to prevent our cooperation with our Russian partners with a pen stroke," the NGO's head Ralf Fücks said. "We never made any bones about our critical stance towards the Putin regime, and we will strive on this front all the more in cooperation with Russia's civic society."

The German-Russian Exchange has for years organized international volunteer exchange programs with a partner organization in St. Petersburg. The Forum of Russian-Speaking Europeans says on its website that it opposes the Kremlin's policy of demanding recognition for Russian-speaking populations in Europe. How did Berlin react?

"To ban the work of organizations that strive for understanding between our two countries and peoples is a serious setback for our efforts to achieve better relations with Russia," German Foreign Minister Heiko Maas said. "Nothing about their work can warrant or justify such a step."

Maas called on the Russian government to reverse course and "encourage the free exchange with civil society."

"Representatives of civil society must be allowed to do their work without being criminalized," Maas said.

Alexei Navalny's evacuation from Siberia was organized by Berlin-based NGO the Cinema for Peace Foundation. Since 2002, it's drawn support from major Hollywood stars.