Russia has denied a request to restructure Ukraine's $3 billion debt due later this year. The Finance Ministry in Moscow said it expects the Ukrainian government to settle its arrears in full by the agreed upon deadline. 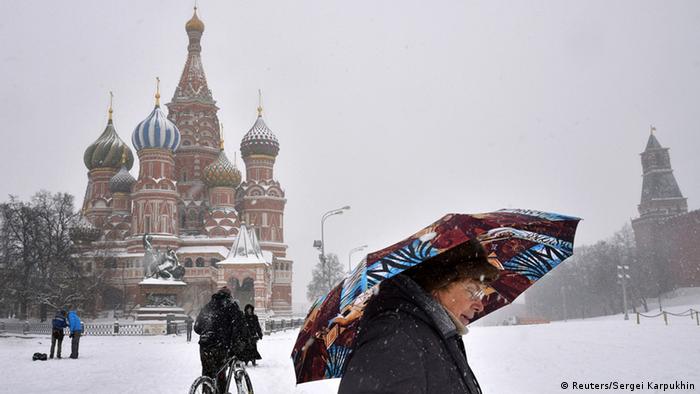 Moscow and Kyiv's fraught relationship extends far beyond the battlefield in eastern Ukraine.

On Tuesday, Russia said it was unwilling to delay repayment of $3 billion (2.6 billion euros) in loans it provided the Ukrainian government more than a year ago before former pro-Moscow president Viktor Yanukovych was deposed.

"We are not ready to accept delay or payment in installments," Russian Finance Minister Anton Siluanov said on the sidelines of the G20 summit in Istanbul. "We are expecting and awaiting fulfillment of all obligations by Ukraine to Russia this December."

In December 2013, Russia agreed to provide Ukraine $15 billion in bailout loans to prop up that country's struggling economy. But it suspended payments after the first $3 billion installment following Yanukovych's ouster.

Siluanov said Moscow wasn't in a position to defer payment, particularly at a time when Russia's own economy is beset by a crumbling ruble and a slump in oil prices.

But he also made no mention of an early payment, something officials considered demanding last month, citing what they said were violations of loan conditions by Kyiv.

"Any budget income in foreign currency is important to us," Siluanov said.

Steinmeier calls on Russian, Ukrainian sides to be 'open to compromise'

Germany’s foreign minister has asked his counterparts in Ukraine and Russia to consider compromise at talks in Minsk. Meawhile, Britain's foreign secretary has called on parliament to take a tough stance on Russia. (10.02.2015)

Russian gas company Gazprom has warned there is a risk that Europe could see "a drop in supplies" piped via Ukraine this winter. Tense energy talks in Moscow between Russia and the EU ended with a mixed message. (14.01.2015)

Ukraine has transferred its first repayment of gas debt to Russian giant Gazprom. Last week, the two parties reached an agreement that will see Russia resume fuel deliveries to Ukraine just as winter sets in. (04.11.2014)