Russia Denies Reported Plan to Station Nukes in Cuba | Europe | News and current affairs from around the continent | DW | 25.07.2008

Moscow denied reports that it was considering basing nuclear-armed bombers in Cuba in reply to US plans for a missile defense shield in eastern Europe, but said it would take measures to counter the US system. 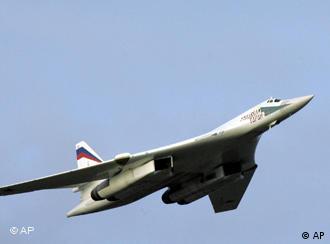 Russia's defense ministry on Thursday, July 24, denied reports that it was considering basing nuclear-armed bombers in Cuba to warn against US plans to base a missile defense shield in Europe, Russian news agencies reported.

"We regard these kinds of anonymous allegations as disinformation," defense ministry spokesman Ilshat Baichurin was quoted by RIA-Novosti as saying.

The report in state newspaper Izvestia on Monday cited an unidentified high-ranking air force official as saying such bombers were sent to Cuba to counter US shield plans.

The United States had refused to comment on the anonymous report but welcomed Moscow's denial of the intentions to resume bomber flights to Cuba.

Baichurin, however, suggested the allegations could have been planted by foreign countries as a cover for building up military elements along Russia's border in an apparent reference to US plans. Moscow, he said, has no intentions to threaten other states.

"Russia pursues peace-loving policies and does not build military bases along the borders of other states," RIA Novosti quoted Baichurin as saying.

Other measures being considered 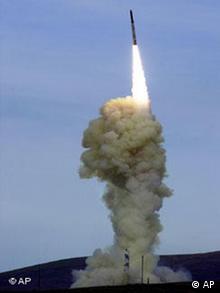 Another Russian military expert, however, said the country could take other steps to counteract what it sees as a strategic threat from the United States.

"Russia's military responses to the deployment of a US missile defense system in Europe may include improving the Russian strategic Topol-M missiles with hypersonic maneuvering warheads and a large number of jamming stations that would reduce the effectiveness of missile defense elements tenfold," Viktor Yesin, a former chief of general staff of the Russian Strategic Missile Troops, said on Thursday.

Yesin said the Russian military was considering a full range of measures to respond adequately to the perceived threat from the US system.

The United States has failed to convince Russia that plans to site parts of a missile shield in Poland and the Czech Republic are intended only to guard against rogue states such as Iran. Russia views the shield as a threat to its Cold War nuclear deterrent.

Russian steps could include reactivating Soviet military plans to place ballistic missiles in orbit from where they would be able to bypass the planned US shield via the South Pole.

"Russia can already now carry out such technical measures and is partially doing so," Yesin was quoted by Interfax news agency as saying.

He listed among other possible military counter measures the deployment of a missile system in Russia's European enclave of Kaliningrad and readying long-range Tu-22 M3 bombers for missions.

Yesin also suggested that Russia was considering pulling out of the Russian-American Strategic Offensive Reduction Treaty, which commits both countries to reduce nuclear warheads by nearly two-thirds by 2012.

In December, Russia withdrew from key Cold War-era arms restraint treaty in what analysts say was partly military anger at US missile defense plans. But Yesin advised restraint Thursday, saying it was not a time to scare European allies.

Russian officials Russian military experts are recommending reactivating a radar facility on Cuba in response to US plans for a missile defense shield based in the Czech Republic and Poland, according to news reports. (24.07.2008)

Russian President Dmitry Medvedev delivered a major foreign policy speech on Tuesday July 15, singling out US and European policies on missile defense and Kosovo for criticism in a style reminiscent of his predecessor. (15.07.2008)

Russia said Friday, July 11 that Iran's ongoing missile tests prove the uselessness of US plans to build a missile shield in Eastern Europe because of their short range. Negotiations on the shield, however, continue. (11.07.2008)