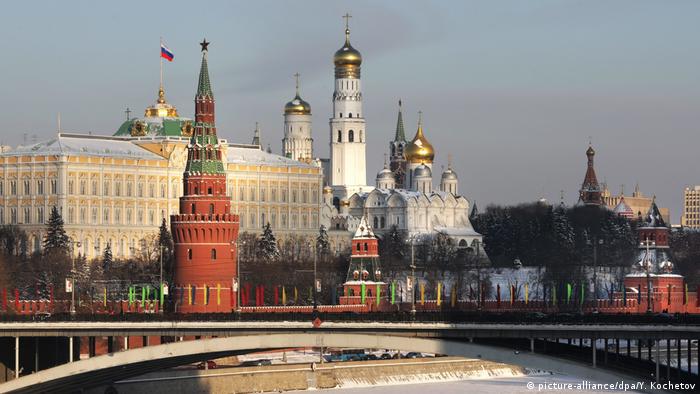 Russia on Wednesday denied allegations made in a European Union document that the Kremlin was distributing disinformation on media platforms to worsen the coronavirus public health crisis in the West, Reuters reported.

Kremlin spokesperson Dmitry Peskov told reporters on Wednesday that the allegations were absurd and lacked specific examples or ties to a particular media outlet.

"We're talking again about some unfounded allegations which in the current situation are probably the result of an anti-Russian obsession," Peskov said.

"The overarching aim of Kremlin disinformation is to aggravate the public health crisis in Western countries … in line with the Kremlin's broader strategy of attempting to subvert European societies," the document said.

A specialist EU database gathered almost 80 cases of disinformation about coronavirus since January 22, according to the document, citing examples from Lithuania and Ukraine to Slovakia.

The report said that the February riots in Ukraine, a former Soviet republic hoping to join the EU and NATO, are an example of the consequences of disinformation.

According to the EU document, a fake letter claiming to hail from the Ukrainian Health Ministry falsely reported five coronavirus cases in the country. The document stated that, in fact, Ukrainian authorities said that the letter was created outside Ukraine.

Both the EU and NATO have accused Moscow of disinformation and other forms of covert action in an attempt to undermine Western countries by exploiting divisions in society.

President Vladimir Putin has denied such allegations, saying Russia has been targeted by Western countries spreading fake news about the coronavirus outbreak to cause panic.

DW Russia correspondent Emily Sherwin said this week, "Prime Minister Mikhail Mishustin promised to be "absolutely open" with the public about the Coronavirus. "

Nevertheless, she said many Russians feel "convinced" that "the government must be hiding the true number of infections in their country." The Moscow local government has "repeatedly denied persistent media reports that there could soon be a city-wide lockdown and quarantine," Sherwin reported.

The EEAS declined to comment directly on the document, Reuters reported.

Meanwhile, an EU spokesperson accused the Kremlin of "playing with people's lives" and urged EU citizens to "be very careful" and only use media sources that they can trust.