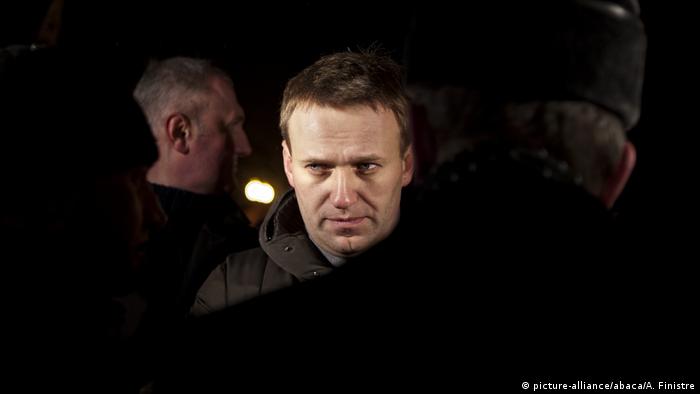 Opposition leader Alexei Navalny was dealt another blow on Saturday in his bid to appear on the ballot during the 2018 presidential election.

The Supreme Court dismissed Navalny's appeal against the decision by the Central Election Commission to bar him from the election due to an embezzlement conviction.

Navalny and his supporters say the suspended sentence he received was politically driven. The court said the commission's decision to formally bar him from the ballot on Monday was fully legal.

Speaking with Russian news agency Interfax, Navalny's lawyer Ivan Zhdanov said: "We understood that this would be a political decision. But we will continue to go through all the stages of appealing."

Read more: Russia's presidential election — What you need to know

Alexei Navalny, who did not attend the court hearing, wrote on Twitter that he and his supporters "will not recognize elections without competition."

He also renewed his call for a "voters' strike" and urged his supporters to take to the streets on January 28 following the ban.

The Kremlin has said Russian officials will investigate whether his call to boycott the vote violates the law.

Navalny has been jailed three times this year and charged with breaking the law for organizing rallies. A high number of young people have participated in the mass rallies he has organized across Russia.

Russian President Vladimir Putin, whose approval ratings are at around 80 percent, is widely expected to win a fourth term during the March 18 election.

Read more: Opinion — Putin is here to stay, as are tensions with the West

Several others have announced their intention to run in next year's vote, including ultranationalist Vladimir Zhirinovsky and liberal Grigory Yavlinsky, as well as communist nominee Pavel Grudinin and TV host Ksenia Sobchak.

Although the other candidates do not pose a serious threat to Putin, the Kremlin is concerned about voter apathy and has been focused on increasing voter turnout.

A win for Putin in March would put him on track to become Russia's longest-serving leader since Josef Stalin.

Putin hopes for better relations with US, West

President Vladimir Putin has expressed his hopes for a "constructive Russian-American dialogue" in 2018, in a letter to world leaders. He also called for continued "dialogue and cooperation" with Germany and Europe. (30.12.2017)