The prosecution alleged Yury Dmitriyev sexually abused his adopted daughter. Campaigners have said the trial against the historian, who uncovered Stalin-era mass graves, is part of a crackdown on dissenters. 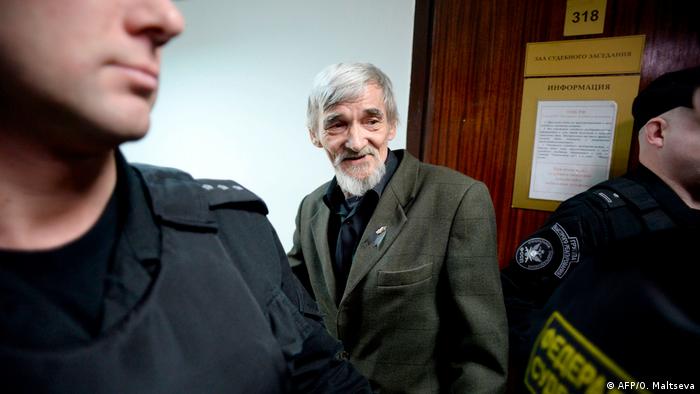 A Russian court found historian Yury Dmitriyev guilty of sexually abusing his adopted daughter on Wednesday, in a trial supporters and rights groups claim was set up by the government to silence him.

The verdict was delivered by a judge in a closed-door court, he was sentenced to three and half years in prison. Dmitriyev's lawyer told reporters outside the courtroom that he hoped his client's time already served in detention might mean he can soon go free.

State prosecutors were seeking a much longer sentence of 15 years.

He also heads the prominent rights group Memorial in Karelia in northwestern Russia, helping open the Sandarmokh memorial in memory of thousands of victims murdered in 1937 and 1938. Memorial previously said this history "does not fit the state's historical narrative."

The verdict ends a long-running episode that saw the prosecution accuse Dmitriyev of child sex abuse over a period of several years, and child pornography. 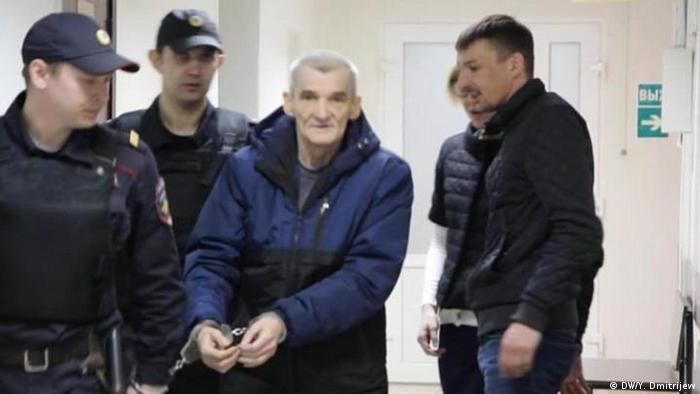 Dmitriyev was first arrested in late 2016 on possessing naked photographs of his daughter, following an anonymous tip made to authorities.

The historian said the nude photos had been taken to document the development of the child's malnourishment to authorities.

His claim was backed by experts, who did not classify the images as child pornography. A psychiatric report also ruled that Dmitriev had no pedophilic tendencies.

Still, Dmitriyev spent more than a year in pre-trial detention before being released, after calls from prominent figures for him to be freed.

In April 2018, he was acquitted of child pornography charges, but, in a surprise turnabout, he was detained again later that year after a higher court overturned the not guilty verdict.

Cracking down on dissent

Dmitriyev has repeatedly denied the charges, also saying that it's important for countries to remember their past. Memorial said the prosecution of the researcher was part of a growing crackdown on dissenters.

"We must remember those people who died by the will of the leaders of our state," Dmitriev said during his trial, stressing that it was his patriotic duty.

"There are no doubts that Yury Dmitriyev is innocent," the rights group said ahead of Wednesday's verdict.

In an appeal to the Council of Europe this year, prominent writers including Nobel laureate Svetlana Alexievich and Jonathan Littell called the historian "a bone in the authorities' throat."

"The Russian authorities are seeking to rewrite the history of Sandarmokh by slandering its discoverer and groundlessly accusing Dmitriyev of an outrageous crime," they said.

Three years of investigations, 18 months of house arrest and a six-month trial: Despite an international campaign to secure his release, the icon of the liberal Russian arts scene may soon face prison time. (25.06.2020)

Prosecutors accused the two men of plotting an armed uprising and attacks during the 2018 football World Cup on behalf of the "Network" terrorist group. The sentences have sparked protests and from human rights groups. (22.06.2020)

The freelance contributor for Radio Free Europe/Radio Liberty had been accused of "publicly inciting terrorism." Prokopyeva, who says she was doing her job, was placed on a list of "terrorists and extremists." (06.07.2020)