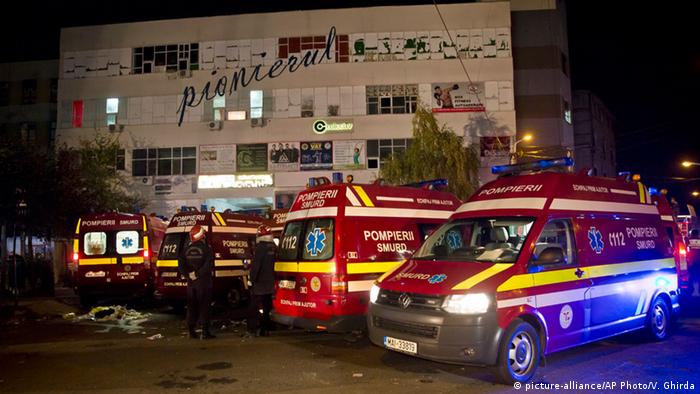 A Romanian court on Monday sentenced the three co-owners of Colectiv nightclub to 11 years and eight months each for fatal security shortcomings. They were also convicted of manslaughter.

As many as 400 young people had gathered for a pre-Halloween gig by the heavy rock group Goodbye to Gravity in October 2015.

A pyrotechnics display during the concert set fire to the Soviet-era building and claimed the lives of 65 people and sparked huge protests against corruption.

Two pyrotechnicians who had installed the fireworks and two firefighters who ignored breaches of safety standards were sentenced to prison terms ranging from nine years and two months to ten years.

The mayor of a Bucharest district — accused of having authorised the club to operate despite its shortcomings — was sentenced to eight and a half years in prison.

Three city hall officials and one employee of the pyrotechnic company were sentenced to prison terms ranging from three to eight and a half years. 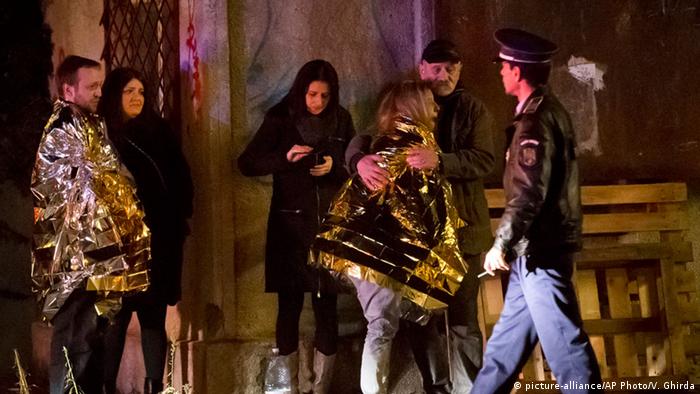 Up to 400 young people were in the nightclub, which had no emergency exits, at the time of the blaze

The eastern European country declared three days of national mourning for what was described as the worst bloodshed in the country since the 1989 anti-Communist revolution.

According to witnesses, the fireworks that were let off at the underground club as part of a show to promote the band's latest album immediately set ablaze a pillar and the ceiling, causing panic among the audience as thick smoke engulfed the hall.

"People were fainting. They were fainting because of the smoke. It was total chaos, people were trampled," Victor Ionescu, a witness, told local media.

Alin Panduru, another witness, said the fire spread "in 30 seconds."

"People could not get out of the club because there was only one exit open and the stampede happened immediately," he said.

Protests against Romanian's political class forced the Social Democrat Victor Ponta and his government to resign.

Fireworks and restricted exits have been a lethal combination in many nightclub fires around the world.

In January, 2013, at least 232 people were killed in a fire at the Kiss nightclub in southern Brazil. Local media reported that a band's pyrotechnics show caused the building to catch fire.

In one of the worst such disasters, 156 clubbers in the Russian city of Perm died in 2009 in a blaze caused by pyrotechnics, and 83 were injured. Seven people were jailed for up to nine years after the tragedy.

Romania's supreme court has lifted sanctions against corruption fighter Laura Kovesi. That's a defeat with consequences for notorious crooks in Bucharest — and a shred of hope across the EU, writes Robert Schwartz. (04.04.2019)