Romania's president slammed the ruling party as a "dictatorship" after they pushed through reforms that partly decriminalize abuse of office. The changes came after the Social Democrat's party head was sentenced to jail. 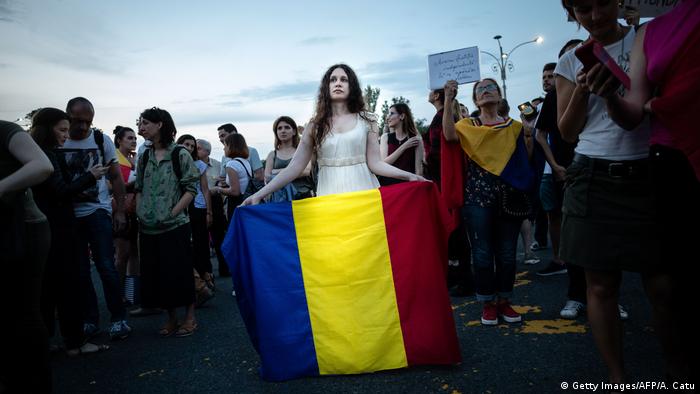 Romania's lower house of parliament voted 168 to 97 in favor of controversial changes to the country's penal code on Wednesday.

The amendments were approved at lightning speed — passing through the legislative process within a week — and come on the heels of a Supreme Court decision finding ruling Social Democrat party leader Liviu Dragnea guilty on charges of abuse of office.

A look at the changes 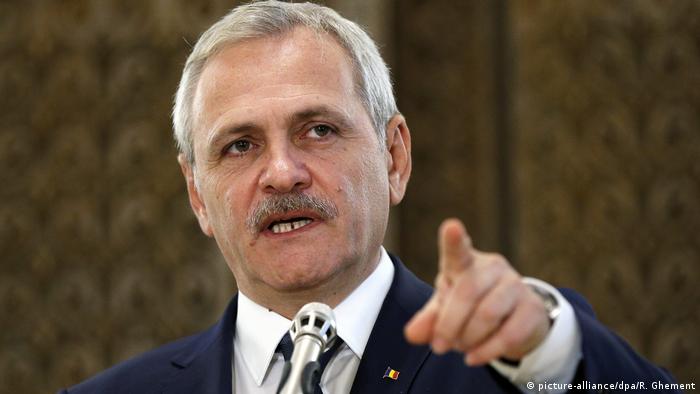 How this could impact Dragnea's conviction

The 55-year-old leader of the ruling Social Democrats was found guilty by the Supreme Court last month of inciting others to commit an abuse of office. He was sentenced to three and a half years in prison.

The case concerned a fake jobs scandal, where he kept two women on the payroll of a state agency from 2006-2013 although they were employed by his party at the time.

Dragnea, considered to be Romania's most powerful politician, would stand to benefit from the rule changes since he was not found guilty of committing a crime that benefited himself or any of his close relatives.

Left-wing coalition defends reforms: The left-wing ruling coalition has said the reforms are necessary to stop "abuses" from parts of the judiciary. They argue that Romania has a much harsher criminal law compared to other European Union member states and the changes will help prevent people from going to prison for minor crimes. 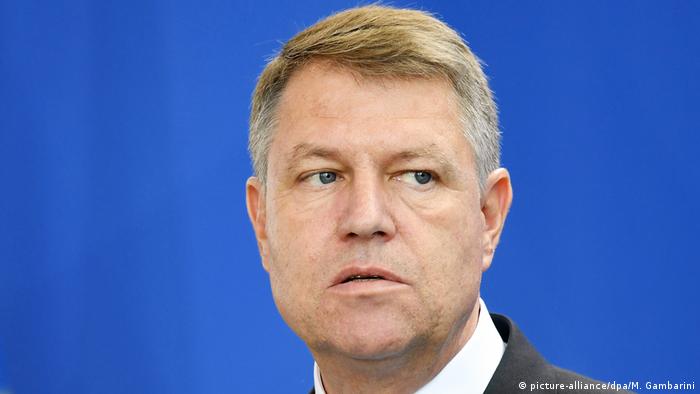 President Iohannis has refused to sign off on the laws, saying he wants them challenged in the constitutional court

President decries 'dictatorship' of ruling party: Romanian President Klaus Iohannis slammed the parliament's decision on Wednesday. He and the center-right opposition contest that the penal code reforms are an attempt to overturn Dragnea's prison sentence.

"What we've seen these days is called dictatorship of the majority and is profoundly harmful for democracy," Iohannis said in a statement.

Last week, 12 countries issued a joint warning to Romania that the proposed judicial reforms could "impede international law enforcement cooperation." Anti-corruption investigators in Romania have said over 200 corruption cases involving abuse of office could be thrown out under the new reforms.

Latest round of judicial reforms: In June, parliament also passed another raft of laws that altered the penal code, including limiting criminal investigations to one year and forcing courts to throw out certain types of wiretapping evidence. The amendments also limit the number of offences for which a suspect can be held in pre-trial detention.

What happens next: The bill will not likely go into effect for now, as Iohannis would be the one to sign it into law and he shows no interest in doing so. The president and the opposition have said they will challenge the bill at the constitutional court.

Liviu Dragnea, head of Romania's ruling Social Democrats and parliamentary president, has been sentenced to 3 1/2 years in prison. This is the end of the road for the corrupt politician, says Robert Schwartz. (22.06.2018)

Thousands rally in Romania against judiciary in government-backed protests