Thousands rally in Romania against judiciary in government-backed protests 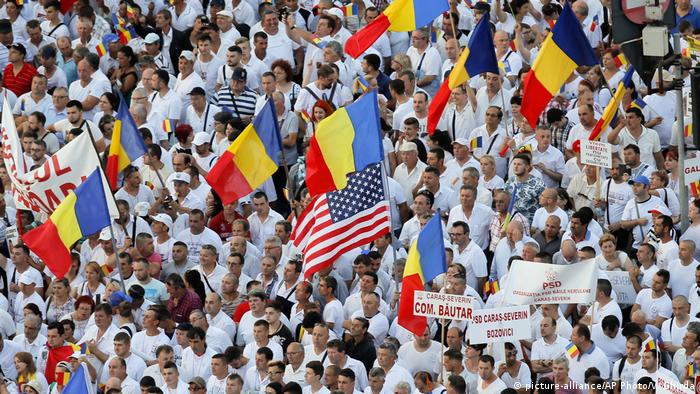 The ruling Social Democrats (PSD) in Romania and thousands of their supporters rallied outside government headquarters in Bucharest on Saturday to protest alleged abuses of power by anti-corruption prosecutors.

The rally was seen as a response by the ruling coalition to a series of large anti-government street protests held against the PSD's attempts to decriminalize several corruption offenses via emergency decree last year. After the popular outcry, the PSD was forced to withdraw the decree.

The PSD has charged that the prosecutors have too much power and allege that they have tapped phones illegally and unjustly targeted officials.

The party bused in supporters from around the country for the rally, while others made it in on their own.

According to Romanian media, numerous local officials, as well as hospital managers and head teachers, had been urging their employees to join the demonstration.

Special trains were made available, and the PSD also handed out instructions to make sure that the demonstrations were as effective as possible.

According to a leaked party document, there would be one Romanian flag available for every 10 participants and a placard for every 40.

The difficulties of fighting corruption have dominated politics in Romania since the country joined the EU in 2007.

Romania is one of the European Union's most corrupt states, and Brussels keeps its justice system under special monitoring.

Anti-corruption prosecutors have secured a spate of convictions against lawmakers, ministers and mayors in recent years. Charges include conflicts of interest, abuse of power, fraud and the awarding of state contracts in exchange for bribes.

Leading politicians, some of whom are currently under investigation or on trial, have denied wrongdoing and accused prosecutors of using their powers for political persecution.

They have also accused them of relying too much on tip-offs from third parties to build cases.

"You mustn't be under the illusion that only high-ranking officials or public servants are targets," PSD leader Liviu Dragnea said, speaking to thousands of supporters clad in white T-shirts and waving flags. 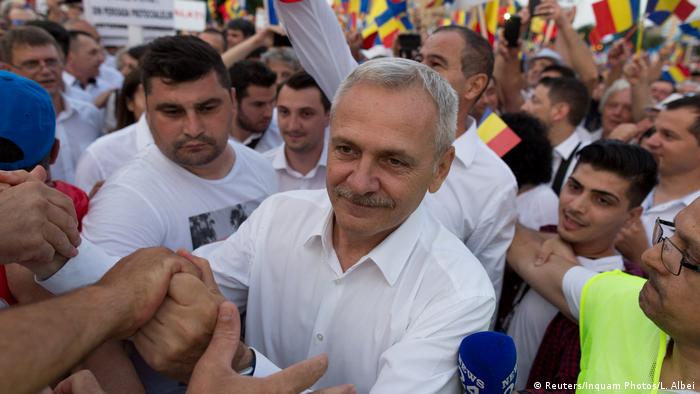 Local television stations estimated that just under 200,000 people were at the protest, although riot police did not offer official figures.

"Nobody is safe. Absolutely everyone can be targeted by a tip-off, which could lead to a conviction," Dragnea said.

Dragnea himself was convicted in a vote-rigging case, barring him from the post of prime minister. He is now on trial in a separate case, accused of instigating abuses of office by other public servants. He is also under investigation on suspicion of pocketing EU funds. He denies wrongdoing in all three cases.

PSD legislators are currently trying to revise the criminal code. Critics have said some of the proposed changes would damage investigations.

Romanian President Klaus Iohannis urged for Prime Minister Viorica Dancila to step down from her post, saying she is unfit. The move comes after Dancila visited Israel last week without first consulting the president. (27.04.2018)