Romanian President Klaus Iohannis urged for Prime Minister Viorica Dancila to step down from her post, saying she is unfit. The move comes after Dancila visited Israel last week without first consulting the president. 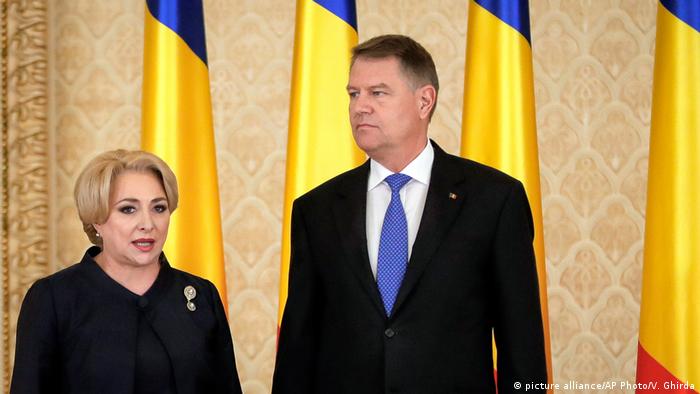 Tensions between Romania's center-right president and the center-left government reached a peak on Friday when President Klaus Iohannis called for the country's prime minister to resign.

Iohannis said that Prime Minister Viorica Dancila "is not up for the job of Romanian prime minister" and that she is a becoming a "liability" for Romania.

"That is why I am publicly calling for Mrs Dancila's resignation," Iohannis said in a short statement.

Iohannis' statement comes after the center-left government pushed through a secret memorandum to move Romania's embassy in Israel to Jerusalem.

Dancila and her government did not consult Iohannis on the matter. As president, Iohannis is in charge of foreign policy and would be the one making the final decision on the embassy move.

Iohannis warned that the move could violate international law.

Dancila also made a state visit to Israel earlier this week, but left Romania without consulting the president ahead of time.

Although Iohannis doesn't have the authority to remove Dancila, his demand for her resignation could put pressure on the government.