The government had sought to remove anti-graft prosecutor Laura Kovesi, who has brought a record number of cases to trial. President Klaus Iohannis was not convinced by the justice minister's arguments. 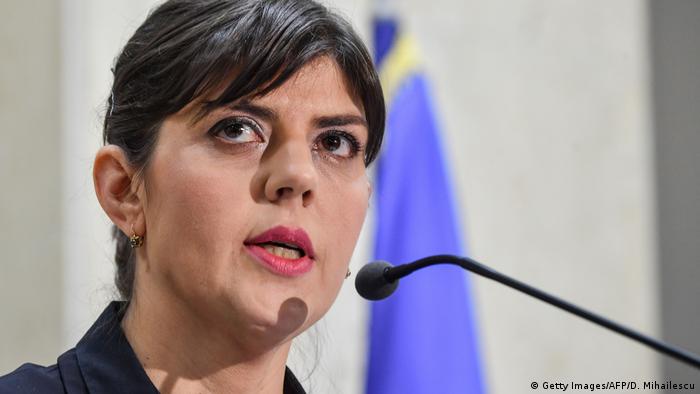 Romania's government would like Laura Kovesi gone, but the public and president have resisted

Romanian President Klaus Iohannis rejected on Monday a request from the justice minister to sack the head of the anti-graft body DNA.

"I was not convinced by the justice minister's arguments," Iohannis said in an address.

Justice Minister Tudorel Toader had accused chief anti-corruption prosecutor Laura Kovesi of abuse of authority, violating the constitution and damaging Romania's image. In February, he launched a procedure to remove Kovesi, triggering protests in support of the popular anti-graft fighter.

Only the president can remove the head of DNA. Iohannis, who is from the center-right, said he was "happy" with DNA's work.

In response to the president's decision, Toader said on Facebook that he would take the issue to the constitutional court.

Romania's independent judicial watchdog has expressed a positive opinion of Kovesi. The EU has also praised her work.

Critics say the leftist government wants to replace Kovesi with someone more pliable in one of the EU's most corrupt states.

The 44-year-old prosecutor has led convictions or launched investigations into members of the two ruling parties, the Social Democrats (PSD) and the Liberals (ALDE), and figures close to them. Among those put on trial or convicted are dozens of mayors, lawmakers, ministers and managers of state institutions and companies