Romania is ranked among the most corrupt countries in the European Union. Critics accuse the ruling Social Democrats of approving measures to make the situation even worse. 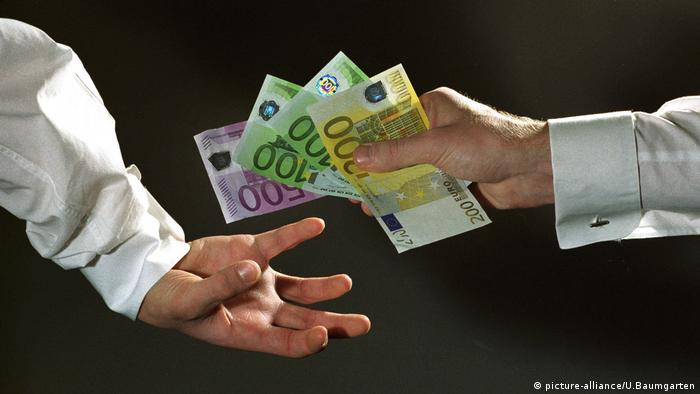 Romania's parliament passed multiple laws on Monday that critics say could worsen official graft in one of the European Union's most corrupt countries.

Lawmakers in the lower house approved the laws as part of a new penal handbook designed by the ruling Social Democrats (PSD) in a 175 to 78 vote.

"Today, Romania has become a paradise for criminals," said Horia Barna, leader of the opposition Union to Save Romania.

Courts are also obliged to dismiss wiretapping evidence that is not directly related to the suspected crime being investigated, and higher level courts cannot convict people found innocent by lower level courts unless new evidence emerges.

Opposition parties said they would challenge the handbook in front of the Supreme Court. But the challenge is unlikely to convince a majority of justices who are considered pro-government.

The PSD has been targeting the judiciary following a string of high-profile corruption investigations and convictions of senior PSD officials. PSD leader Liviu Dragnea has been barred from becoming prime minister because of a previous corruption conviction and is currently being investigated in a separate graft probe.

Prime Minister Viorica Dancila's government is in the midst of a campaign to try to weaken the country's anti-corruption agency (DNA).

The EU has been monitoring corruption in Romania since the country joined the bloc in 2007.

US warns Romania to be vigilant

Hours before the vote, a senior US diplomat visiting Bucharest warned Romania to maintain its fight against endemic graft.

US Assistant Secretary of State Wess Mitchell applauded Romania's anti-corruption prosecutors who he said were important in the fight against "vulnerabilities that hostile powers would use to undermine" the country.

"Now is not a moment," he said, "when we would want to see Romania take a step back."