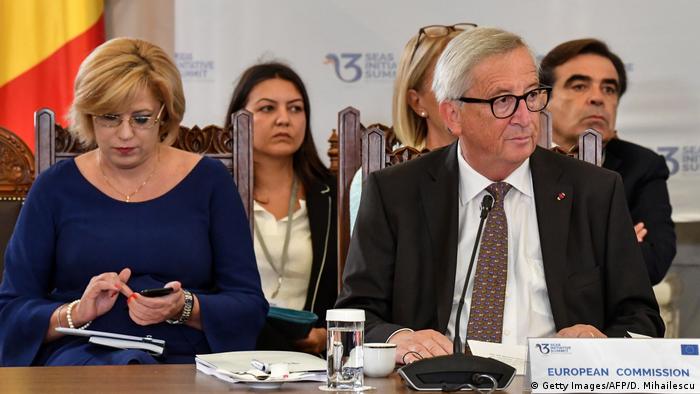 European Commission President Jean-Claude Juncker said Saturday he doubts whether the Romanian government fully understands what it means to take the reins of the Council of the European Union for six months.

In an interview with German Sunday newspaper Welt am Sonntag, Juncker said that despite being technically well-prepared "the Bucharest government has not fully understood what it means to chair the EU countries."

"Prudent action requires a willingness to listen to others and a strong desire to put one's own concerns to one side," Juncker asserted, adding that he had doubts that this is the case with Romania.

Romania will take over the rotating EU presidency from Austria on January 1.

In November, a European Commission report said that Bucharest had considerable deficiencies in implementing the rule of law and fighting corruption.

"The developments over the last 12 months sadly have called into question and sometimes even reversed the progress made over the last 10 years," Commission Vice President Frans Timmermans told reporters in Strasbourg last month.

Read more: Opinion: The hideous face of communism is alive and well in Romania

Juncker expressed concern that Romania's political instability would not project an image of a united entity on the European stage.

"A united front is needed at home in order to promote the unity of Europe during the presidency of the Council," the commission president told Welt am Sonntag.

"The Commission's report and the European Parliament's resolution address the same things," he said. "They tell us Romania has gone back in time to before its 2007 EU accession."

Last month, Iohannis partially rejected a Cabinet reshuffle proposed by his country's government, saying he had expected a comprehensive government shake-up ahead of Romania's ascent to the EU presidency.

Since coming to power in 2016, Romania's ruling coalition, headed by the Social Democratic Party (PSD), has been trying to have an amnesty law passed in an attempt to exonerate PSD leader Liviu Dragnea and other party colleagues of corruption convictions.

Since Romania joined the bloc in 2007, it has been subject to an annual review of its rule of law. The latest report jeopardizes Bucharest's bid to join Europe's passport-free Schengen zone, which can only be granted if it adheres to EU standards.

Romania is ranked among the most corrupt countries in the European Union. Critics accuse the ruling Social Democrats of approving measures to make the situation even worse. (19.06.2018)