Laura Codruta Kovesi, tapped to become the EU's first chief prosecutor, can once again leave Romania. The European Parliament backs her candidacy despite strong opposition from the Romanian government. 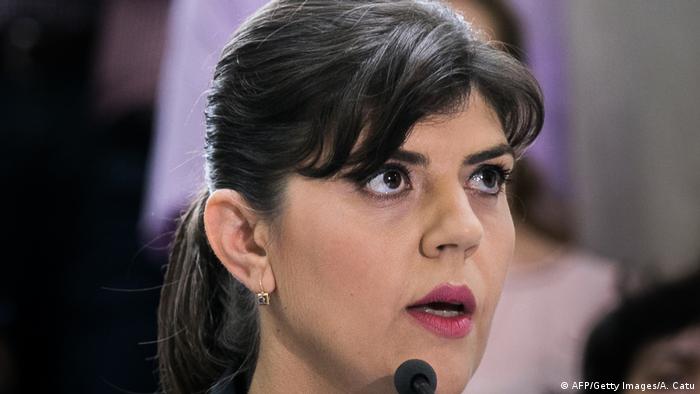 Kovesi, a candidate to become the European Union's first chief prosecutor, had appealed the ban after she was charged with bribery, abuse of office and false testimony.

The indictment barred her from leaving Romania or speaking to the media about her case. Had the travel ban stayed in place, she could have been unable to take part in further application steps for the EU chief prosecutor post.

"I can now leave the country, the judicial control was revoked, my appeal was upheld," she told reporters after leaving the Supreme Court.

Earlier Wednesday, the president of the European Parliament, Antonio Tajani, voiced concern over the charges against Kovesi and said he would write to Bucharest on the matter.

"Ms. Kovesi remains our candidate and continues to enjoy our respect and support," Tarjani told lawmakers.

Frans Timmermans, the first vice-president of the European Commission, praised Kovesi as "a very good prosecutor, a top quality prosecutor" and said he admired "her courage."

During Kovesi's five-year stint as the head of Romania's anti-graft office, hundreds of elected officials were convicted of corruption offenses.

While her work drew praise from the EU, many members of Romania's political class accused her of overstepping her mandate. The ruling Social Democrats ousted her from office last year and have since opposed her candidacy for EU chief prosecutor.

The European Commission warned Romania on Wednesday against reversing anti-corruption reforms Kovesi introduced and said it would take swift action if it found that Bucharest was undermining the rule of law.