The Rohingya are often described as one of the most persecuted communities in the world. A significant number of them are also living in India as refugees and asylum seekers. Cheena Kapoor reports about their plight. 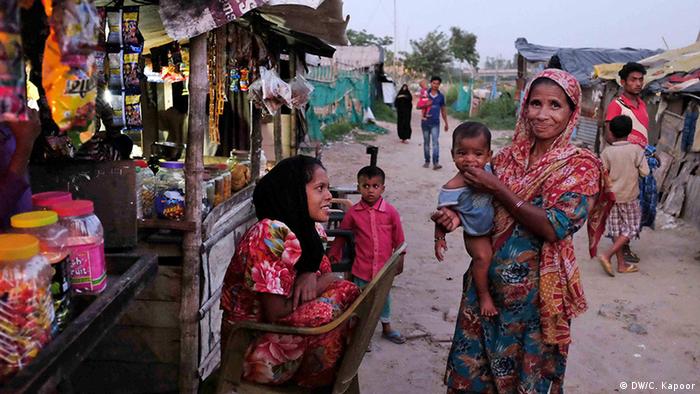 Most commuters who pass the Kalindi Kunj bridge in Delhi tend to generally notice only the metro construction. From a distance, the makeshift settlement near the construction area appears to be a normal sight in the city: tents built with recycled material found on the streets comprising of plastic, rubber, plywood, tires and old clothes.

A closer look, however, reveals the plight of the Rohingya community, a Muslim ethnic group from Myanmar, and their relentless struggle in search for a home where they will not be beaten, raped or killed.

In Kalindi Kunj, a total of 307 members of the Rohingya community live together. The Zakat Foundation, a US-based NGO, has made this possible by providing 11,000 square feet of land to pitch tents on. This arrangement, however, was only valid for a year and now the Rohingyas, after having overstayed, have been asked to move again ten days after Eid al-Adha, an Islamic holiday. This case of displacement is not the first one and yet another occasion for them to not know where to go next.

The Rohingya are a predominantly Muslim community hailing from Myanmar's western Rakhine state. But the Myanmar government views the roughly one million-strong ethnic group as illegal Bangladeshi immigrants. As a result, most of them are denied citizenship and outbreaks of sectarian violence have prompted many to flee.

Over several decades, the Rohingya have suffered a lack of self-identity, persecution and forced relocation within and outside the borders of Myanmar.

Many of them now live in miserable conditions in makeshift camps within and outside Myanmar and are exposed to the risks of exploitation, human trafficking, and rape.

Since 2012, over 100,000 Rohingya Muslims have embarked on boat journeys in search of better lives outside of the Southeast Asian nation, and they have taken refuge in countries like Bangladesh, Indonesia, Thailand and India.

India has so far been receptive to Rohingyas, and the South Asian country is generally considered to be a safe place for the refugees.

Mohammad Usman, a 33-year-old man from Myanmar, spent three days without food and water in the dark forest near the India-Bangladesh border before reaching Delhi. Almost three years after that fateful night, Usman recollects his experiences: "Back in Myanmar, officials would blindfold young men and women in the night and take them away. These people would never return."

India may not offer the Rohingya the same basic facilities it gives to Afghan or Iraqi refugees, but the country still does more than Myanmar ever did, says Usman.

The makeshift settlement near Kalindi Kunj bridge is currently home to some 70 Rohingya families. And over 35,000 Rohingya refugees and asylum seekers are estimated to reside across the country.

Out of the 137 children in the Kalindi Kunj settlement, 60 are under the age of five and do not go to school, while only 47 children are offered education for which fees are paid by the Zakat Foundation. 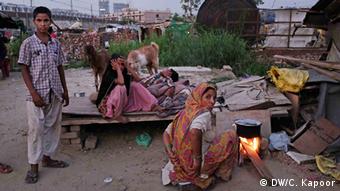 Living in Delhi has made a significant difference to the lives of many of these Rohingya Muslims. Mohammad Ismail, 27, arrived in India almost two and a half years ago. His family of six members, two brothers, a sister-in-law and two sisters had to leave their parents behind in Myanmar.

Now, Ismail has found a home in Delhi. He says, "At last we're accepted here. We can practice our religion without the fear of getting killed for it. India has accepted us. Despite the stench and filth, I feel safe living here and never want to return."

But poor health conditions and the looming eviction notice might accelerate the possibility of displacement. With the spread of mosquito-borne illnesses Dengue and Chikungunya during the monsoon season, over 40 people at the camp in Kalindi Kunj have fallen sick and are unable to pay for their own medicines.

Due to a lack of access to healthcare facilities, the health conditions continue to worsen every day. Although the United Nations Refugee Agency (UNHCR) has pledged support, there has been little improvement so far. 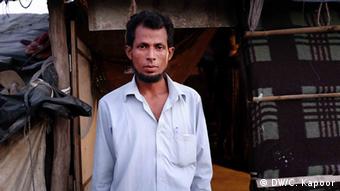 Abdul Wasim, another refugee, lives with his daughter and cannot work because of his poor health condition. He had to leave his wife and five children behind in Myanmar, and he has no hope of seeing them again in light of the border lockdown with Myanmar. Now, he and his daughter get by with the income earned by her as a domestic help in Kalindi Kunj residential areas.

The plight of the Rohingya has received a lot of media and public attention, but the question still lingers: where do they go from here? The Rohingya are still finding out how many they are in number, spread across borders in Asia.

With most of them being impoverished and lacking valid identity cards, it's common for Rohingya Muslims to live in small groups in makeshift camps. And within these small groups, they try to stick together but it's unclear for how long they can continue to survive amidst conditions of poverty, unemployment, lack of education and violence.

The government in Myanmar is planning a panel under former UN chief Kofi Annan. Although the official document does not mention any specific name, the panel is expected to investigate rights abuses on Rohingyas. (24.08.2016)

Trafficked, beaten and sometimes even killed for ransom - a new AI report examines the horrors experienced by Rohingya attempting to flee persecution in Myanmar in May this year, and warns of another looming crisis. (21.10.2015)

Bangladesh has begun a count of the number of Rohingya Muslims living on its territory, as reported persecution continues to drive thousands from Myanmar. The census will also include data on living conditions. (13.02.2016)

Trafficked and abandoned - the Rohingya exodus

WorldLink: The plight of Rohingyas in India