The lawyers argue the move by PM Narendra Modi's government not only undermines India's long-established tradition of granting refuge to the needy but also flouts the administration's own guidelines on refugees. 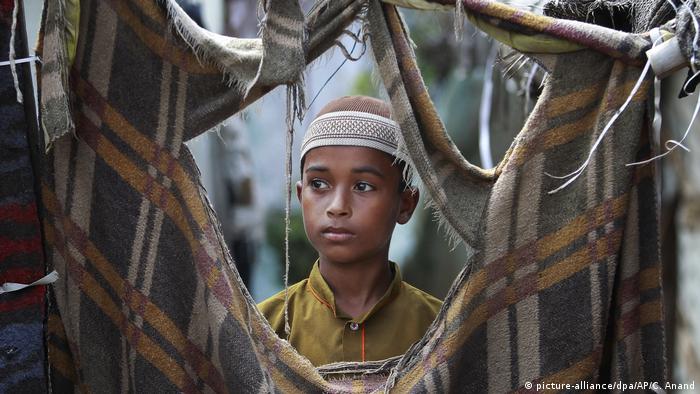 The fate of some 40,000 Rohingya refugees in India hangs in the balance as the country's top court hears petitions to block the Modi government's plans to deport them to Myanmar.

Fighting to prevent them from being sent back to their violence-hit native country are some of India's prominent legal minds comprising former law ministers, former senior government law officers and an "Alternative Nobel" laureate.

The case comes against the backdrop of Rohingya Muslims facing severe violence in Myanmar. More than 500,000 Rohingya have fled to Bangladesh in the past month to escape military and civilian reprisals that the United Nations has described as "ethnic cleansing."

Rohingya, a vast majority of whom are Muslims, have been migrating to India and other neighboring countries to escape persecution in Myanmar's western Rakhine state, where they have been denied citizenship rights.

"The [Indian] government's decision to deport Rohingya en masse is like genocide because it is a willful extermination of a class or race of people," lawyer Colin Gonsalves, who is representing about 7,000 Rohingya, told DW. Gonsalves was recently awarded the 2017 Right Livelihood Award, also known as the "Alternative Nobel," for his "tireless and innovative use of public interest litigation." 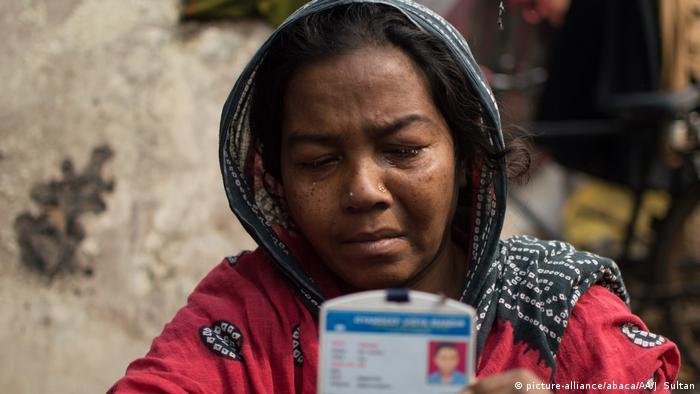 Many of the Rohingya refugees in India have long-term visas

India regards Rohingya refugees, including 16,000 of those registered with the UN's refugee agency, as "illegal immigrants," and says they do not have a right to stay in the country.

But this stand contradicts the government's own guidelines on refugees. India does not have a specific refugee law but has a standard operating procedure to deal with foreigners seeking protection from persecution.

A confidential 2011 government memo, accessed by DW, states that if it is found that a foreigner is fleeing persecution then he or she will be given a long-term visa (LTV).

"A foreigner to whom LTV has been permitted by the Ministry of Home Affairs will not be treated as an illegal immigrant," the memo further adds. Many of the Rohingya refugees, whom India is planning to deport, have been issued long-term visas.

Gonsalves rejects the government's claim that the Rohingya do not have a fundamental right to move India's Supreme Court for justice as they are not citizens.

"In a previous case, the Supreme Court ruled that Article 21 (right to life) protects all persons within India, including refugees," said Gonsalves.

The Indian government told the Supreme Court in September that the Rohingya in India posed a "serious threat." It said intelligence data showed links between some of the refugees and Pakistan-based terror groups and the so-called "Islamic State" (IS).

He says the Indian government should segregate those Rohingya suspected of terror links from the remaining refugees and not label the entire community as "terrorists," just like it did in the case of Sri Lankan Tamils. 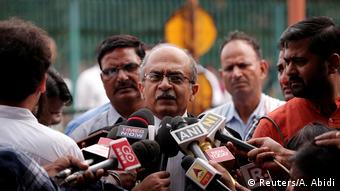 India kept Sri Lankan Tamil refugees with alleged links to the terrorist group, the Liberation Tigers of Tamil Eelam (LTTE), in separate camps away from the rest of those fleeing the civil war in Sri Lanka.

"To make a blanket accusation against the entire community shows the communal mindset of this government," Bhushan, who is known for his use of public interest litigation to support causes related to corruption and human rights, told DW.

"The decision to deport Rohingya is clearly a case of religious discrimination and an attempt to arouse an anti-Muslim feeling or try and communalize the situation," he added.

Read more: Myanmar's Rohingya rebels: what you need to know

India is not a signatory to the UN convention on refugees but it has on a number of occasions reiterated its commitment to refugees and the principle of "non-refoulement," which forbids a country from returning refugees to life-threatening places.

It has over the decades provided shelter to millions of refugees from Pakistan, Bangladesh, Tibet and other neighboring countries.

Despite not recognizing the term "refugees," the government has treated them as a separate class in need of protection. It has even issued special documents to Tibetans and Sri Lankan Tamils, recognizing them as refugees and giving them access to basic rights.

"The government's deportation move has severely dented India's reputation and image. Just because Rohingya are Muslims the government is going against everything they have done and said in the past," said Bhushan.

"India has never signed the refugee convention but its actions have always been consistent with it."

The Indian government says it is working on a plan to deport thousands of Rohingya Muslims living in the country illegally. They are now being viewed as a security threat. Murali Krishnan reports. (14.08.2017)