Hundreds of thousands of Rohingya have fled violence in Myanmar to face misery in Bangladesh. UN Secretary-General Antonio Guterres has warned of a "horrible" tragedy if Myanmar's leader Suu Kyi fails to act soon. 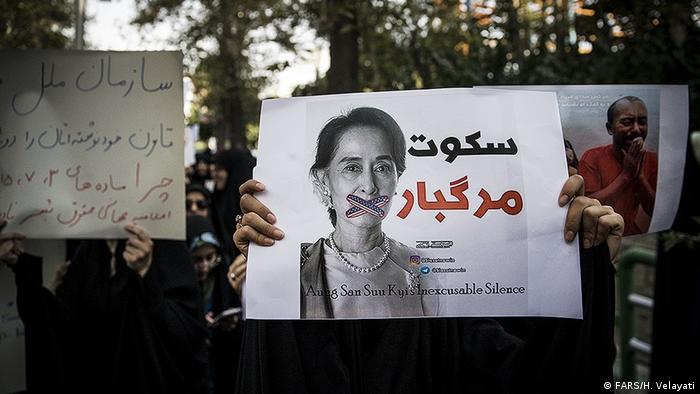 UN Secretary-General Antonio Guterres said Myanmar's de facto leader and Nobel Peace laureate, Aung San Suu Kyi, has one "last chance" to end the violence in the west of the country that has caused a refugee crisis along the Myanmar-Bangladeshi border. 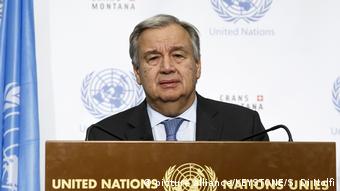 "She has a chance, she has a last chance, in my opinion, to do so."

He warned that "the tragedy will be absolutely horrible," if Suu Kyi and the influential Myanmar military do not solve the crisis soon.

The number of the Muslim Rohinyga refugees in Bangladesh has topped 410,000, according to the UN Children's Fund (UNICEF). Thousands more arrive every day, the UN said on Sunday.

Suu Kyi cancelled a planned trip to the UN in New York on Wednesday. Her spokesman, Zaw Htay, cited "Rakhine terrorist attacks" for the decision and added that Suu Kyi will instead speak about the situation in Rakhine for the first time on September 19.

The Rohingya, a persecuted Muslim group situated mostly in Myanmar's western Rakhine state, have been fleeing violence in their native country that began August 25 when Rohingya insurgents attacked Myanmar security forces in the north of the state. The Myanmar government immediately started "clearance operations" against the insurgents that refugees fleeing the region say has indiscriminately targeted the whole Rohingya population.

The violence has left some 400 dead and 176 Rohingya villages destroyed. United Nations High Commissioner for Human Rights Zeid Ra'ad al-Hussein described Myanmar's operation against the minority group on Monday as "a textbook example of ethnic cleansing."

International aid agencies and Bangladeshi authorities are struggling to provide humanitarian aid for the refugees who have arrived in Bangladesh attempting to flee violent persecution in their native Myanmar. 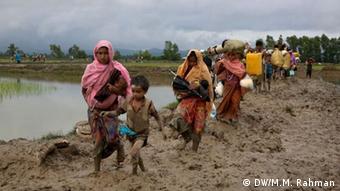 "Many people are arriving hungry, exhausted and with no food or water," Mark Pierce of Save the Children said in a statement on Sunday. "The demand for food, shelter, water and basic hygiene support is not being met due to the sheer number of people in need."

Most of the new arrivals have settled in the muddy hills and roads near to existing refugee camps around Cox's Bazar, close to the Myanmar border. Some refugees have occupied local schools or built simple shelters with little or no sanitation. However, inadequate infrastructure in the region is challenging aid delivery.

"Clean water and sanitation can only be delivered in a structured environment," said Chris Lom of the International Organization for Migration. "You have to get them to some sort of space where aid can be delivered."

The UN has said that some of the 240,000 Rohingya children in the border region are at a particular risk. "There are a lot of weak and malnourished children among the new arrivals," UN representative in Bangladesh Edouard Beigbeder told the Associated Press news agency. "If proper preventive measures are not taken, highly infectious diseases, especially measles, could even cause an outbreak."

Pierce warned that the international community needed to increase its funding for delivering aid. "Aid agencies are doing all they can to help, however the humanitarian response needs to be rapidly scaled up."

Bangladesh has found it difficult to respond to the worsening situation on its southern border.

The government is reportedly planning to build shelters and an additional camp for many of the refugees, but it is unclear when they will be ready. In the meantime, it has started restricting refugees' movements within the countryside and has said it may relocate some refugees to a desolate island that is often overflooded by monsoon rain.

The top government administrator in Cox's Bazar district hospital, Abdus Salam, told the Associated Press on Sunday that Bangladeshi authorities would try to immunize around 150,000 Rohingya children this week against measles, polio, and rubella at 36 medical camps. As of Sunday, authorities had immunized 9,000 children against rubella and 5,000 against polio.