Rohingya crisis demonstrates consequences of statelessness | Asia | An in-depth look at news from across the continent | DW | 02.11.2017

Rohingya Muslims are a people without a state. This is at the center of an ongoing humanitarian crisis in South Asia and the biggest obstacle to finding a solution. DW examines Myanmar's controversial citizenship laws. 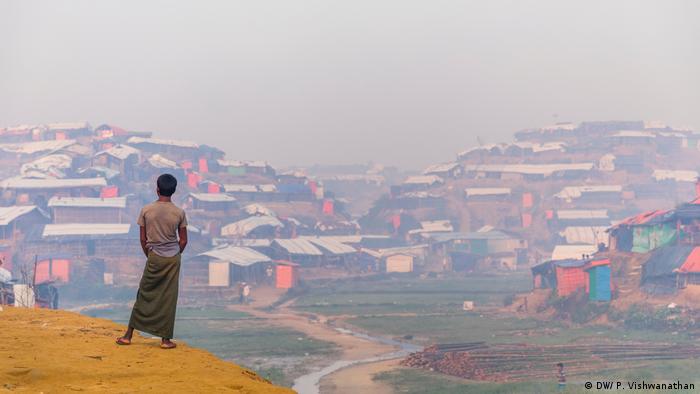 According to the UN, in the past two months, around 600,000 Rohingya have fled across the border of Myanmar to Bangladesh. The international community and Bangladesh are both working hard to prevent a humanitarian catastrophe in the rapidly growing refugee camps – but nobody actually feels responsible for the stateless Rohingya.

This especially includes Myanmar - where the majority of Rohingya are located, where they have faced widespread discrimination for decades and are considered to be "illegal" immigrants. But no other country in the world officially recognizes the Rohingya as citizens. A long term, sustainable solution to the current crisis is not possible as long as the Rohingya remain a stateless population.

The issue of statelessness was also included in the final report from The Advisory Commission on Rakhine State, an independent body chaired by former UN chief Kofi Annan with the objective of providing recommendations on the troubled region to the government of Myanmar.

As a stateless people, Rohingya are in a sense outlawed. This is also related to the fact that statelessness is not provided for in international law.

"International law assumes that every human being belongs to a state, which is the norm," Martin Stiller, a lawyer from Vienna, who wrote his doctoral thesis about statelessness, told DW. 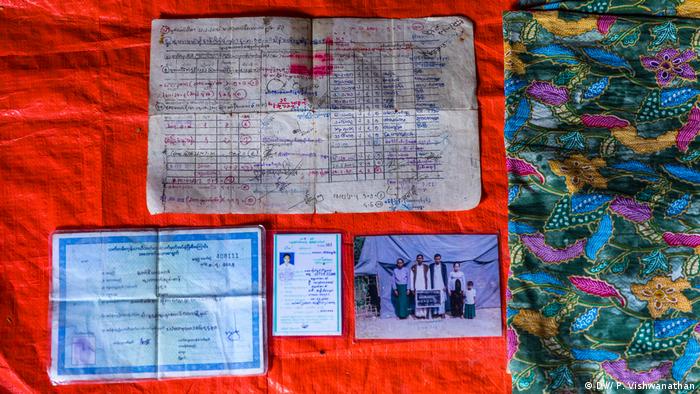 A 1954 UN convention on the legal status of stateless persons stipulates that stateless individuals cannot be treated worse than foreigners with a nationality. A 1961 convention was intended to help prevent statelessness by proposing rules for granting nationality and making it more difficult to remove.

Both Myanmar and Bangladesh are not parties to the convention and despite UN conventions, countries that impose statelessness on populations are not violating international law, per se.

"Even if it is frowned upon by many countries and international organizations, statelessness isn't forbidden by international law," said Stiller, adding that every country has the possibility to determine the requirements a person must fill to acquire nationality.

"If a person doesn't fill these requirements, then no citizenship is acquired, for example, at birth," he said. "Countries are relatively free in this sense, although the requirements may not violate international law."

Myanmar's citizenship laws, enacted in 1982, do not violate international law, but are problematic in that they are strongly oriented on ethnicity. The laws are a continuation of those from 1948, in which citizenship is considered for those belonging to one of the eight recognized indigenous ethnicities that have been settled in the country since the end of British colonialism in 1823 (Arakanese, Bamar, Chin, Kachin, Karen, Kayin, Mon or Shan).

In 1982, the socialist government under Ne Win reformulated Myanmar's citizenship laws to eliminate any exceptions to the laws first enacted after the country's independence in 1948. To become a citizen of Myanmar, a person and their parents must be one of the eight "national" races present in Myanmar before 1982.

The new law also explicitly stated that anyone who was a citizen before the law came into force would continue to be a citizen.

"The 1982 law was not retroactive. Its regressive, racialist contents notwithstanding, it clearly provided that nobody who already had citizenship would lose it, unless they had acquired it by deceit," wrote Nick Cheesman, a political scientist at Australian International University in an article published on the website, "E-international relations." The oft-cited accusation that Rohingya lost their citizenship in 1982 is therefore inaccurate.

Cheesman added that the loss of citizenship among Rohingya in Myanmar was not a result of legal text, but more a result of incorrect implementation of the 1982 law.

"The present day statelessness of Muslims in the west of Myanmar is essentially a result of de facto, rather than de jure, measures," writes Cheesman, adding that in the late 1980s and early 1990s Myanmar's military government went around the 1982 law to essentially take away citizenship from tens of thousands of Muslims by not issuing them ID cards or only providing them with temporary registration cards.

Suffering under discrimination and cut off from the state, Rohingya reacted by demanding politically to be included on the list of eight "national races."

But this caused resistance from other ethnic minorities in Myanmar, especially from the Buddhist majority in Rakhine state. They fear that their state could be divided. Each of the eight ethnic groups has its own state in Myanmar.

According to Cheesman, being recognized as a ninth "national race" would not be a solution for the Rohingya.

"To make the claim, they must also subscribe to the racialized logic of the 1982 citizenship regime. Ironically, and tragically, the surpassing symbolic and juridical power of 'national race' identity is for the Rohingya at once their problem and their solution."