Estonia's conservative populists have taken aim at their media critics since joining the country's government. High-profile journalists have quit their jobs as a result, and now warn that press freedom may be in danger. 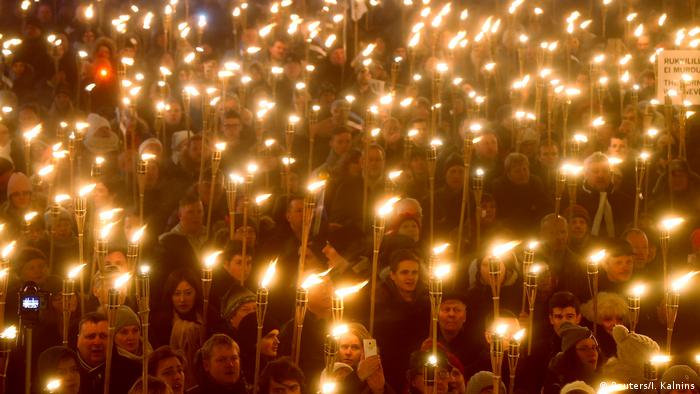 At a recent international security conference in Tallinn dozens of participants wore weird looking brooches — what looked like pink-colored piece of torn and dirty cloth on a pin. Their anonymous producers are making a brisk business via an Instagram page called "Pink Slime." The expression recently became a battle cry of sorts for Estonia's liberals and leftists in the Baltic country of 1 million people.

"Pink slime" is what Mart Helme, former ambassador to Russia and leader of the Conservative People's Party of Estonia — known by its acronym, EKRE — and his son, Martin, routinely call their political opponents. These are left-wing intellectuals, NGOs that support migrants, the LGBT community, "Brussels bureaucracy" and mainstream media. Until this spring this was just the private opinion of two members of Riigikogu, Estonia's parliament, expressed on their talk show on one of the country's privately owned radio stations. But in March EKRE joined the government of Center Party Prime Minister Juri Ratas as a junior partner together with another conservative party, Pro Patria. It has five ministerial portfolios. Mart Helme is interior minister, Martin Helme finance minister.

EKRE is the fastest growing political force in Estonia. In 2015 parliamentary elections it won 8% of the vote. In 2019 it got 17.8%. It is unabashedly nationalistic. Its youth wing, called Blue Awakening, stages torch processions that critics say look like something straight out of 1930s Germany. The party is successfully riding the pan-European wave of discontent and disillusionment with traditional parties that gave rise to the new populist right. In Estonia, which until recently was pointed to as a model of a European liberal society, the advent of EKRE worries many, but no one more than journalists.

Ahto Lobjakas hosted a popular political radio show on Estonia's public broadcaster, ERR, starting in 2015. He broadcast his last program this month. A strong critic of EKRE, Lobjakas said that ERR managers asked him to tone down his sharp rhetoric and be more balanced.

"The editor of ERR Radio 2 asked me to stop using the word 'Nazi' on air to describe EKRE, and to discuss policies rather than values," he said. "But policies are inseparable from values!"

Asked whether it is fair for a journalist with a public service broadcaster to be so opinionated, Lobjakas responded: "I am not staff, I was contracted to present my show on what is mostly a music radio with the management's full knowledge of my style and views. I criticized other parties before. But it is only with EKRE that problems arose. Formally no one fired me. But I was offered a choice between self-censorship and departure."

Lobjakas says the party's supporters flooded ERR with complaints. According to the broadcaster's statute, each complaint must be answered. "ERR's budget comes from parliament, where EKRE has big influence now," said Lobjakas. "Management does not want to pick a fight with those who provide for the company."

Postimees, the country's leading newspaper, was also in the news recently after several journalists and editors quit. They said that the paper, which had always provided a platform for a wide variety of views via its opinion pages and a popular internet portal, had become one-sided, leaning toward a more conservative viewpoint on issues such as LGBT rights, abortion and migration.

Postimees' owner, Margus Linnamae, one of Estonia's richest men and a conservative in his political outlook, had appointed as editor-in-chief Peeter Helme, a nephew of EKRE's leader. In a recent column, Helme wrote that "the purpose of an independent press is not in itself, but as an instrument. An instrument to preserve and develop Estonianness. Our language, mind and culture." The statement came as a shock to many Estonian intellectuals and, especially, journalists. 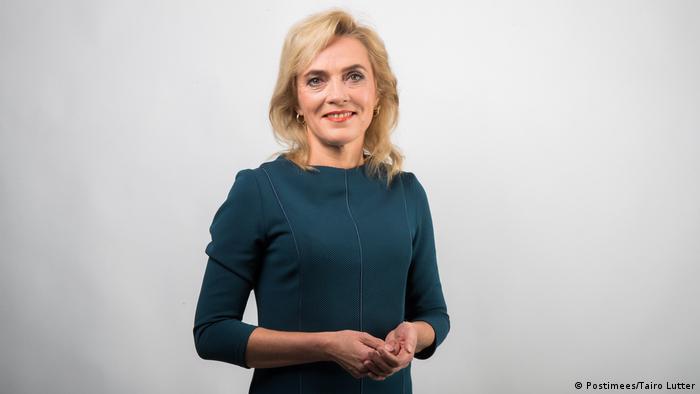 Vilja Kiisler, formerly a journalist at Postimees, said Helme had asked her to "moderate" her style. As with Lobjakas, Kiisler understood the comments as an invitation to self-censorship. "I have been a journalist for 20 years," she said. No one ever complained about my style until EKRE's rise.

'Opponents are good for business'

In an e-mail, Peeter Helme told DW that "it is regrettable and weird that a journalist reacted to the editorial feedback with the decision to resign and tried to turn the case into a political one." He added that "there is no censorship in Estonia. And neither the questions of style or language nor questions of journalistic ethics are questions of press freedom."

Asked about EKRE's perceived disdain for conventions of political debate, Helme provided a distilled view of his and his uncle's party philosophy: "We are witnessing the deepening of a rift in Estonian society between (to put it very broadly) pro-globalists and nationalists. Sadly, the two sides have largely abandoned constructive dialogue and instead bombard each other with slogans.

"In this fight EKRE has taken on a role of a firebrand preacher," Helme wrote. "But to play it successfully, EKRE needs opponents. I would even go as far as to say: EKRE needs aggressive and verbose opponents as scapegoats or just as someone whom to point at as a distinguishable enemy and thus to justify their own fight. To put it briefly: Opponents are good for business." 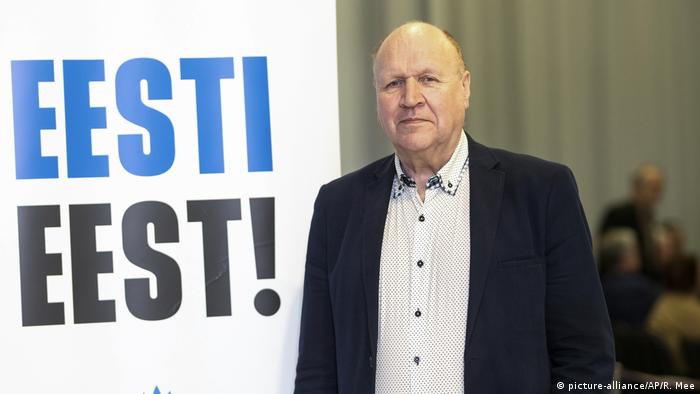 Mart Helme is head of EKRE and interior minister, his son is the justice minister, and his nephew is editor in chief of Estonia's top newspaper

Estonia ranks near the top, 11th out of 180 countries, on Reporters Without Borders' global press freedom index. Some fear this may soon change.

Yet EKRE's impact on politics is still limited, Martin Mölder, a political analyst at the University of Tartu, pointed out, adding that the party enjoys its adversarial relationship with the media because it keeps it in the public eye.

"According to polls, 70% of Estonians still like and support the EU," Mölder explained. "But EKRE hasn't yet reached its electoral peak. Trends all over Europe will continue to favor anti-establishment parties. The party may well get up to 25% of the votes, or even more, next time."

Marine Le Pen has thrown her weight behind Salvini's new pan-European right-wing bloc. So far the group has garnered support from nationalist parties in Austria, Germany, Denmark, Estonia and Finland. (20.04.2019)