Three human rights activists, two corruption fighters, a farmer and an agricultural scientist are the 2018 winners of the 'Alternative Nobel Prize.' They are tirelessly fighting the world over to make it a better place. 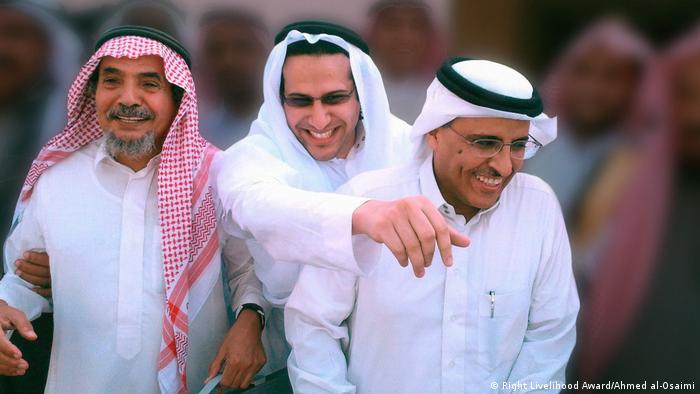 "We honor and support courageous people and organizations that have found practical solutions to the root causes of global problems," say the organizers of the Alternative Nobel Prize in Stockholm. Officially known as the "Right Livelihood Award," the prize has been awarded every year at the beginning of December since 1980. This year's winners are from Saudi Arabia, Guatemala, Colombia, Australia and Burkina Faso.

The defenders of human rights

They are already famous in their home country: Abdullah al-Hamid, Mohammad Fahad al-Qahtani and Waleed Abu al-Khair are among Saudi Arabia's most prominent human rights lawyers. The trio is closely associated with one of the country's few human rights organizations, the Saudi Civil and Political Rights Association (ACPRA). In a society where the ruling House of Saud exercises totalitarian rule in close alliance with the ultraconservative Wahhabi clergy, the three have relentlessly endeavored to bring about reform. Particularly noteworthy are their consistently peaceful demands for the observance of universal human rights, the establishment of a constitutional monarchy and the equality of women in Saudi society. Yet their actions have prompted consequences: All three have been sentenced to between 10 and 15 years in prison, where they are currently serving their sentences.

They were awarded the Alternative Nobel Prize "for their visionary and courageous efforts, based on the belief in universal human rights, to reform Saudi Arabia's totalitarian ruling system." 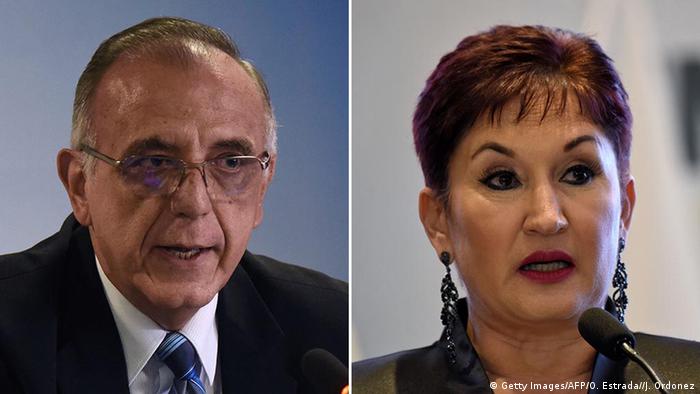 Ivan Velasquez and Thelma Aldana have fought corruption in Guatemala

Thelma Aldana (Guatemala) and Ivan Velasquez Gomez (Colombia) are among the most prominent corruption fighters in the world. Since 2014, the two have headed the International Commission against Impunity in Guatemala (CICIG). Since 2006, this independent UN body has been tasked with prosecuting serious crimes in Guatemala. In a country still suffering the consequences of a civil war that lasted from 1960 to 1996, Aldana and Velasquez have set new standards in the pursuit of justice. Their tireless work has enabled more than 60 criminal organizations to be uncovered to date. There have been more than 300 convictions and 34 legal reforms related to the fight against corruption. The arrest of then Guatemalan President Otto Perez Molina and his deputy, Roxanna Baldetti, in the fall of 2015 showed that Aldana and Velasquez are also not afraid of going after the big players. The fight to lift political immunity was a new phenomenon in Guatemalan history.

The committee has honored them "for their inventive approach to exposing abuses of power, pursuing corruption and thereby restoring public confidence in public institutions."

His nickname says it all: Australian Tony Rinaudo is also known as "the forest maker." The agronomist has lived and worked in Africa for decades. Rinaudo has taken on the task of combating the Sahel region's extreme deforestation and dehydration. The technique he has developed consists of creating trees from underground root networks. Rinaudo calls these "underground forests." His method's success is impressive: In Niger alone, 50,000 square kilometers (19,300 square miles) of land with over 200 million trees have been restored.

What Rinaudo has achieved over the years is much more than just agricultural technology. He has started a whole movement of farmers who want to reforest the Sahel region. The potential appears to be far from exhausted. Using his method, it would be possible to restore an area as large as India.

Rinaudo is receiving the Alternative Nobel Prize "for his impressive ability to transform vast arid areas into fertile soils, thereby improving the quality of life of millions of people."

He is known as "the man who stopped the desert." In 1980, Yacouba Sawadogo from Burkina Faso began transforming an almost 40-hectare piece of inhospitable land into forest. Today more than 60 tree and bush species can be found there, and it is undisputedly one of the Sahel region's most diverse forest areas. Sawadogo's success is based on the fact that he cultivates trees together with wheat. In the local language, his method is called "zai." The tree-root networks hold rainwater longer in the soil and the grain is used as fodder for livestock breeding.

Although he initially faced a lot of resistance — he was called "crazy" and his fields were set alight — he never contemplated giving up. Today he holds seminars in Burkina Faso and Niger, helping thousands of farmers to restore their land. Apart from the direct effect of helping farmers, the zai method has the potential to become an important tool for combating the causes of migration and building lasting peace.

The prize committee praised him "for having succeeded in turning inhospitable desert land into forest and teaching farmers to restore their soils with an innovative idea."

Four people and organizations have been awarded the 2016 Right Livelihood Award in Stockholm. The Turkish daily 'Cumhuriyet,' Syrian 'White Helmets,' an Egyptian feminist and a Russian human rights activist were honored. (25.11.2016)

Indian human rights lawyer Colin Gonsalves has been awarded the 2017 Right Livelihood Award "for his tireless and innovative use of public interest litigation." DW looks at his struggle to uphold human rights in India. (26.09.2017)