A report from the Office for Migration and Refugees has shown a significant decrease in the number of asylum-seekers leaving Germany voluntarily. A new online portal now aims to make returning "the better option." 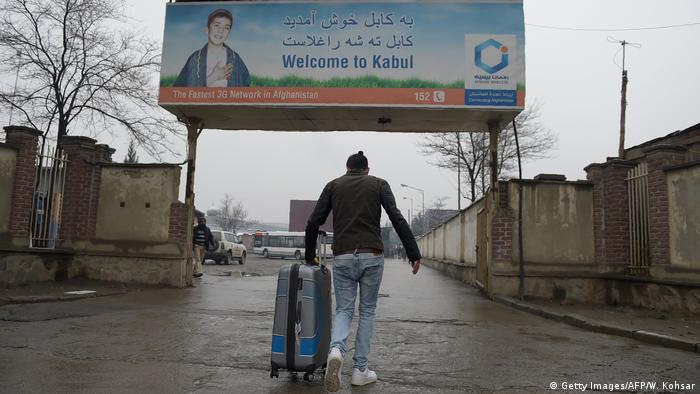 The reasons people choose to leave Germany after applying for asylum vary. For many, it is not about the financial incentives Germany offers those who want to leave but instead due to reasons of a private nature, such as to care for an ill relative or simply missing family members who were left behind.

"For some, it's the language, or they just don't get on here," refugee advisor Sanela Selimagic said in Berlin on Thursday. For 10 years, Selimagic has been advising asylum-seekers on behalf of the International Office for Migration (IOM).

In a bid to increase the number of people choosing to leave Germany, the country's Federal Office for Migration and Refugees (BAMF) and the IOM on Thursday launched www.returningfromgermany.de, a new online portal providing information for those interested in voluntarily returning to their home country. 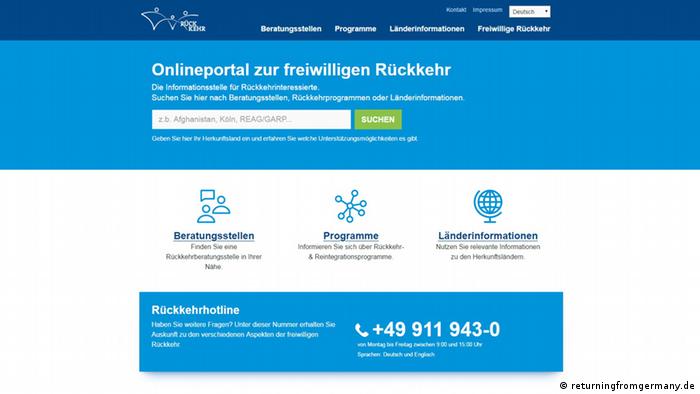 ReturningFromGermany.de expands on a similar hotline that started in February

As well as offering an insight into important factors such as medical provisions and the current labor market in the relevant home country, the Returning From Germany site also details both what financial schemes are offered to people of a particular nationality while in Germany as well as reintegration programs available in their homeland.

The site is currently in German and English but will be available in the coming weeks in the languages spoken in the main countries of origin, including Arabic, French and Balkan state languages.

"It's exactly what we need," Selimagic said. "A lot of work and research is required for each case, but now it's all in one place, both for the applicant and the adviser.

The launch of the portal on Thursday coincided with the release of a new BAMF report showing that in the first quarter of 2017, the number of refugees who voluntarily returned home was down almost 40 percent compared to the same period of 2016.

According to BAMF, between January and March, 8,468 refugees left the country of the own will compared 13,848 returnees over the same time period last year.

Germany's government is investigating the reasons for the sharp decline. Speaking in Berlin on Thursday, however, Ole Schröder, a parliamentary state secretary in Germany's Interior Ministry, said the drop in returns could be attributed to the huge influx of refugees who crossed Germany's borders at the height of the refugee crisis in 2015.

With around 30,000 rejected asylum-seekers currently required to leave Germany, Berlin is keen to encourage more people to leave voluntarily - sometimes even before a ruling has been made on their applications to stay.

"Those who have no prospect of staying in Germany must leave as swiftly as possible," Interior Minister Thomas de Maiziere said.

Last year saw the deportation of 25,375 failed asylum-seekers, an increase of 21.5 percent compared to 2015. But paying migrants and refugees to return of their own accord is also more financially beneficial for the German government than going through the expensive process of deporting them.

According to Schröder, however, in order for government efforts to encourage voluntary returns to succeed, "People who refuse to leave the country voluntarily must be consistently sent back to their home countries."

"Only then will voluntary return actually be the better option."