Refugee coordinator predicts record deportations in 2017 | News and current affairs from Germany and around the world | DW | 19.02.2017

Amidst impassioned opposition, the German government is insisting that rejected asylum applicants must be sent home. But there is great disagreement about which countries of origin are actually safe. In an interview with the Sunday edition of Bild newspaper, Peter Altmaier - the head of the Chancellor's Office and the government's coordinator on refugee affairs - says he expects unprecedented numbers of people to be deported from Germany in the coming months.

"Last year, 80,000 people whose applications for asylum were rejected returned to their countries of origin," Altmaier said. "That was a record, and the numbers will continue to rise. In 2016, some 700,000 applications for asylum were made, and almost 300,000 were rejected. We want to deport these people swiftly. Otherwise it hurts the credibility of our country and its laws."

It is no accident that Altmaier chose to begin such a prominent interview with a discussion of deportations. 2017 is a general-election year, and Chancellor Angela Merkel's welcoming policy toward refugees has hurt her popularity and that of her Christian Democratic Union with its conservative electoral base. Part of the CDU's electoral strategy is to argue that Merkel's relatively open-door stance is a thing of the past.

"2015 was the year of humanitarian help for people in desperate situations," Altmaier said. "In 2016 we dramatically reduced the numbers of refugees and laid the groundwork for the integration of those to whom asylum was granted. Now the focus is on getting those who don't have a right to protection to leave."

If the government had its wish, rejected asylum seekers would depart Germany of their own free will. The use of financial incentives helped convince some 50,000 of the 80,000 people Altmaier cites to opt for what's somewhat euphemistically called "voluntary return."

However, many of those denied the right to remain in Germany won't leave unless deported. But the German constitution, as well as international law, forbids sending them back to places where they are in danger. So the government needs to show that countries of origin are safe enough to proceed in good conscience. And there is considerable dissent in Germany about which parts of the world are truly secure. 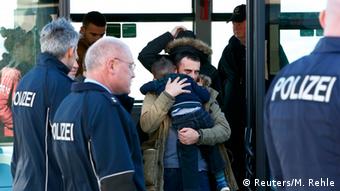 The largest number of deportees are from Albania

Although everyone who files an application for political asylum in Germany can have his or her case heard by the federal Office for Migration and Refugees (BAMF), it's far easier for the government to reject applicants who come from places that have officially been deemed safe.

Statistics illustrate the situation. Three-quarters of asylum applicants in 2016 came from Syria, Afghanistan or Iraq, and 96 percent of applicants from Syria were deemed in need of protection in 2015. In contrast, according to German government figures, the largest numbers of people deported in the first half of 2016 were sent back to Albania, Kosovo and Serbia. They are all officially considered "safe countries of origin," and less than one percent of people applying for asylum from there were found to be in need of protection in 2015.

There are no comparable lists of non-safe countries. One focus is on adding the Maghreb states (Tunisia, Algeria and Morocco) to the safe list, especially after it emerged that the suspect believed responsible for the Berlin Christmas market attack, Anis Amri, was a Tunisian national whose application for asylum had been rejected.

Failing that, agreements with countries to which people are deported, concerning safety guarantees and the acceptance of temporary identification documents, can help speed up the process. The recent deportations of people from Germany to Afghanistan, for instance, have been facilitated by a treaty that was signed by the two countries last October. The German government, and particularly the conservatives, would like to sign similar deals with the Maghreb countries. 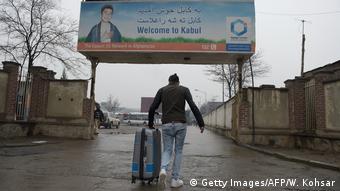 But not everyone in Germany is prepared to accept the idea of countries like Tunisia, Morocco and Algeria - to say nothing of Afghanistan - being deemed safe and secure.

The federal government faces opposition from the more left-wing of Germany's 16 local states, which are ultimately responsible for carrying out deportations. North Rhine-Westphalia, governed by coalition of Social Democrats (SPD) and the Greens, will reportedly not participate in an allegedly imminent group deportation of rejected asylum seekers from Afghanistan. Last week, the state of Schleswig-Holstein imposed a three-month moratorium on sending people back to Afghanistan.

The central government isn't amused by the rebellion.

"I think it's wrong for individual states to go it alone," Altmaier told Bild. "The Foreign Ministry and the BAMF check whether people can be deported to various countries. Without doubt there are cities and regions where people returning to Afghanistan can live safely. And it's high time that nations like Tunisia, Algeria and Morocco got classified as safe countries of origin." 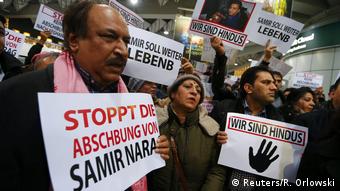 But SPD and Green-led states have blocked the reclassification in Germany's second chamber of parliament, the Bundesrat. And Bundestag Human Rights Commissioner Bärbel Kofler of the SPD said that nowhere in Afghanistan was the security situation "particularly good."

Advocacy groups are even more critical. They're particularly outraged that the EU and Afghanistan signed a deal on the margins of the Munich Security Conference in which Kabul pledged to assist EU countries with deportations while Brussels promised to provide around 1.2 billion euros ($1.27 billion) in aid annually until 2020.

"It's very cynical that at a supposed security conference, contrary to all the facts, an area of war and crisis is declared safe," said Günter Burckhardt - the chief executive of the advocacy group Pro Asyl - said in a statement. "Trading money and military support for taking back refugees is an immoral bit of horse-trading that puts the lives of people seeking protection at risk."

But with the conservatives under pressure to improve their poll numbers ahead of September's election, there is every reason to expect further deals concerning asylum seekers and other migrants.

Germany seeks to speed up exit of failed asylum seekers