Report: US to target 2,000 migrant families on Sunday

Officials have told US media that a major operation to arrest thousands of illegal immigrants is coming. The Trump administration has asked for an even harder crackdown than the Department of Homeland Security requested. 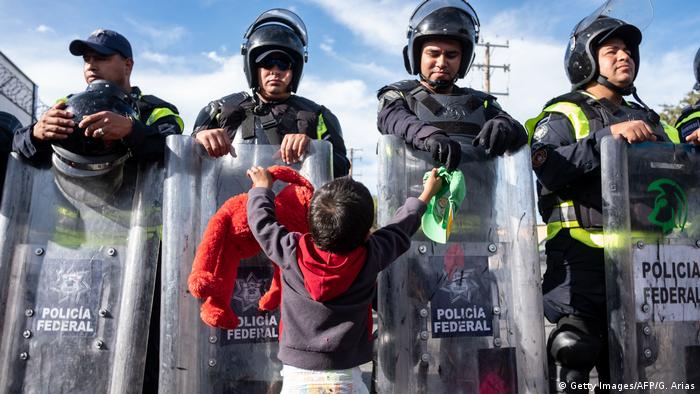 US immigration agents under the administration of President Donald Trump are set to launch a massive crackdown on migrant families this weekend. Unnamed Immigration and Customs Enforcement (ICE) officials told The Washington Post that on Sunday the agency plans to target some 2,000 families who recently arrived in the country illegally.

Earlier this week, ICE acting Director Mark Morgan had told reporters that such an operation would soon take place, but had not specified when.

According to the newspaper, the raids will target 10 cities including Houston, Chicago, Miami, and Los Angeles.

The order to conduct what is being called the "family op" reportedly came directly from the White House, whereas the Department of Homeland Security (DHS) had asked for authorities to find only about 150 families who had been given attorney but "dropped out of the legal process and absconded."

DHS acting Secretary Kevin McAleenan had voiced concerns that moving to arrest so many families would separate many children from their parents, as they could be at childcare programs or visiting others during the summer school vacation.

The US is still reeling from the Trump administration's short-lived migrant family separation policy last year. After thousands of children, some as young as four months old, were taken from their parents at the US-Mexico border, the White House has struggled to reunify them with their parents, despite court orders to do so. In some cases, either the parents or children have been sent back to their country of origin without their relatives.

The Trump administration has also come under fire for the squalid conditions it is keeping refugees in at the border, which critics have described as "concentration camps."

Deal or no deal, US needs Mexicans

Trump has used tariffs as a stick to threaten the US's trading partners into submission, as in his spat with Mexico. But if the US cuts immigration from its southern neighbors, who will do the jobs Americans don't want? (10.06.2019)

Andres Manuel Lopez Obrador's presidency has hit a wall. An immigration agreement he struck with the United States is under fire from his own party, and has damaged his popularity in Mexico. (18.06.2019)