The US, EU and Canada are protesting the UN's decision to bar 11 NGOs from an AIDS conference. The UN has reportedly excluded LGBTI advocacy groups from Egypt, Guyana, Jamaica, Peru and Ukraine, among other nations. 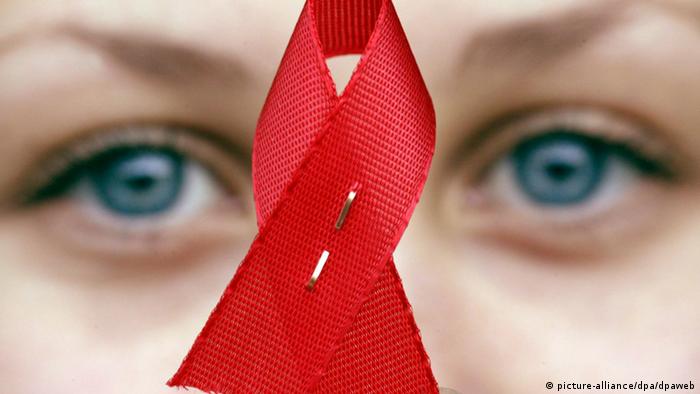 Samantha Power, the US ambassador to the UN, reportedly sent a letter to General Assembly President Mogens Lykketoft, requesting that the body allow the groups to take part in the June 8-10 meeting. Power charged that the NGOs barred from participating "appear to have been chosen for their involvement in LGBTI, transgender or youth advocacy."

Joao Vale de Almeida, the EU ambassador to the United Nations, said it appeared that the UN had struck the NGOs from the list of participants following objections from member states and requested information on which countries opposed their presence. In a letter, Vale de Almeida added that the United Nations had failed to consult all member states before making the changes, news agencies reported.

On behalf of 51 members of the 57-nation Organisation for Islamic Cooperation (OIC), Egypt requested that the UN bar 11 groups from attending the conference, news agencies reported. Egypt reportedly provided no reason for excluding the groups in its letter.

The NGOs include Eurasian Coalition on Male Health, an Estonia-based group that fights for LGBTI equality in Russia and other former Soviet republics, and Global Action for Trans Equality, which has its headquarters in the United States. Aside from the Estonian and US gay activist groups, Egypt reportedly objected to the participation of Ishtar Men Who Have Sex With Men group from Kenya and the Asia Pacific Transgender Network from Thailand.

"Given that transgender people are 49 times more likely to be living with HIV than the general population, their exclusion from the high-level meeting will only impede global progress in combating the HIV/AIDS pandemic," Ambassador Power reportedly wrote in her letter.

The participation of LGBTI advocates in events at the United Nations has long proved contentious for some countries. UN Secretary-General Ban Ki-moon has advocated for LGBTI equality but faces opposition from several members of the global body.

"We are deeply concerned that at every negotiation on a new General Assembly gathering, the matter of NGO participation is questioned and scrutinized," Power reportedly wrote. "The movement to block the participation of NGOs on spurious or hidden grounds is becoming epidemic and severely damages the credibility of the UN," she added.

In 2014, Ban said the UN would recognize the marriages of all staff members and offer benefits to their partners. Backed by 43 other countries, Russia tried unsuccessfully to overturn the move last year. Russian President Vladimir Putin has frequently opposed LGBTI equality, both domestically and internationally.

Anti-gay crackdowns around the world have been declared human rights violations by US Secretary of State John Kerry. He's singled out Uganda, comparing its criminalization to former Nazism and apartheid. (27.02.2014)