The US has lifted a three-decade-old ban on blood donations from gay men, replacing it with a rule that sets limits to those who have had sex in the past year. Gay rights advocates said the rules still discriminate. 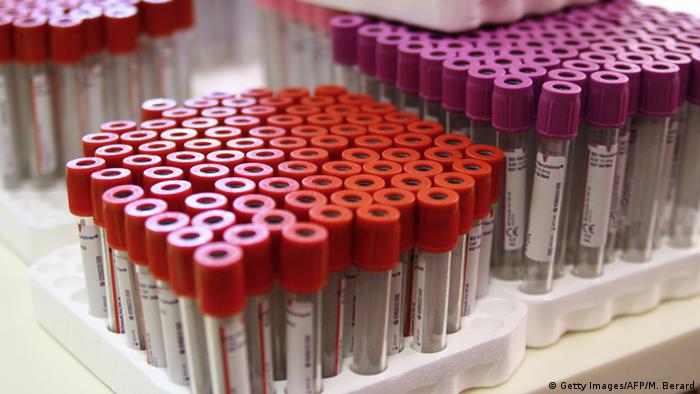 The US Food and Drug Administration (FDA), the body that sets national standards for the collection and shipment of blood donations, said the ban would be replaced by a policy that prohibits men who have had sex with another man in the past year from donating blood.

The new rule brings the United States into line with other developed countries, including Australia, France, Japan and the United Kingdom.

The blanket ban was originally put into effect in 1983, when little was understood about HIV - the virus that causes AIDS. The epidemic stirred panic at the time, as some blood supplies became infected with the virus.

The FDA found that a one-year restriction would have no impact on the safety of the US blood supply, but said eliminating all restrictions could increase transmission of HIV through blood donations by 400 percent.

"An increase of that magnitude is not acceptable," Parker Peters, deputy director of the FDA's Center for Biologics Evaluation and Research, said on a teleconference on Monday.

He added that the new policy relies on "sound scientific evidence" and will "continue to protect our blood supply."

The change in policy is based largely on epidemiologic data and the experience of Australia, where a one-year restriction on gay and bisexual men donating has been in place for nearly 10 years without impacting blood supply.

"Right now there are really no large, major countries with shorter intervals than one year," Peters said. "Ultimately, the 12-month deferral window is supported by the best available scientific evidence, at this point in time, relevant to the US population."

The US tests all blood for HIV, but there is an approximately 10-day period between infection and when the virus can be detected in a test. There is currently a 1 in 1.5 million chance of contracting HIV through donated blood, according to American Red Cross estimates.

People who have had sex with a prostitute or intravenous drugs user in the past year are still barred from donating blood.

'Step in right direction, but not enough'

"This new policy prevents men from donating life-saving blood based solely on their sexual orientation rather than actual risk to the blood supply," said David Stacy, Human Rights Campaign's Government Affairs Director. "While it's a step in the right direction toward an ideal policy that reflects the best scientific research, it still falls far short of a fully acceptable solution because it continues to stigmatize gay and bisexual men."

Democratic congressman Jared Polis, who co-chairs the Congressional LGBT Equality Caucus, said, "it is ridiculous and counter to the public health that a married gay man in a monogamous relationship can't give blood, but a promiscuous straight man who has had hundreds of opposite sex partners in the last year can."

Authorities have said the prevalence of the delta variant is responsible for the sharp rise in cases in England. The country is preparing to ease restrictions by June 21. Follow DW for the latest.