A new report has found some 750 right-wing extremists in Germany own guns legally. Meanwhile, refugee-related attacks with weapons more than doubled from the previous year. 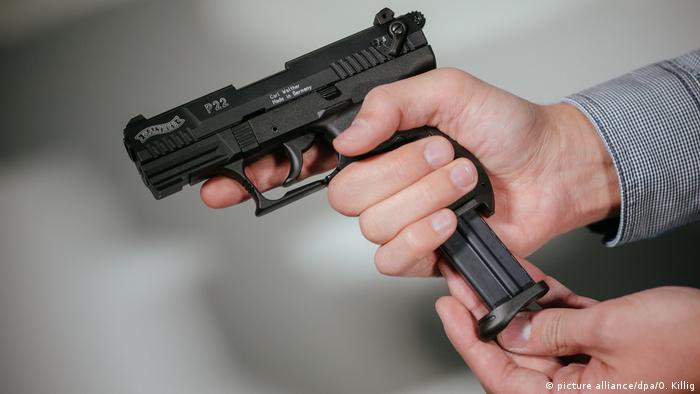 Around 750 right-wing extremists in Germany have legally acquired guns, up from 400 in 2014, the "Welt am Sonntag" newspaper reported on Saturday.

The newspaper acquired the statistics after German lawmaker Martina Renner, member of the socialist Left party, submitted a request for information to the federal government. "Police and those responsible for the enforcement of gun laws must deal urgently with the 750 right-wing extremists who have obtained gun licenses," Renner said after the figures were released. 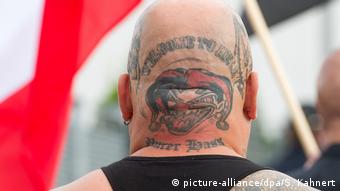 The spike in legal gun ownership among right-wing extremists coincides with an increase in the number of attacks involving guns on asylum-seekers and refugees, refugee shelters and volunteers, the lawmaker noted. In 2016 there were 79 such attacks - up from about 30 in 2015. The weapons used in the attacks include pistols, semi-automatic weapons and blank-firing guns.

In October 2016 a known member of the extremist "Reichsbürger" movement shot and killed a 32-year-old police officer in Bavaria. It was later revealed he had been a legal gun owner.

Though gun ownership isn't rare in Germany, owners are subject to strict laws and are rarely allowed to obtain permits for self-defense.

The Bundeswehr's image problem - is it overrun with right-wing extremists?

The case of a German lieutenant suspected of planning a right-wing terror attack has unsettled both political and army leaders. The question of whether the Bundeswehr is a right-wing haven is as old as the army itself. (03.05.2017)

German police have carried out multiple raids on suspected "Reichsbürger" members. The movement believes the German Reich continues to exist in its 1937 borders and doesn't recognize the modern German state. (30.03.2017)