Report: refugees have not increased crime rate in Germany

An official report says that the influx of refugees in Germany has not led to increased crime rates. It also examined further crime trends among Germany's growing refugee population. 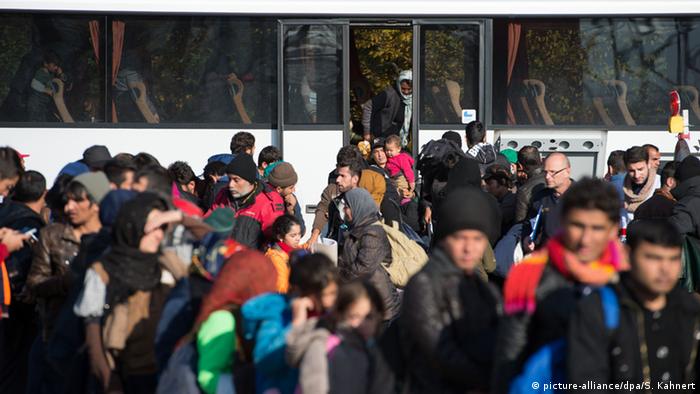 The German Federal Office of Criminal Investigation (BKA) announced that crimes committed by refugees stood at the same level as those committed by native Germans. These findings are the result of an initial evaluation conducted by the BKA in cooperation with all federal states and commissioned by the Ministry of the Interior.

Interior Minister Thomas de Maizière said that based on the numbers presently available, he would forecast refugees to be as prone to committing crimes as native Germans are. He explained that he had ordered the report in early October in order to provide proof to "dispel rumors about an increase in criminal acts in Germany."

"It's becoming clear that at bottom there is a higher absolute number of criminal cases only because of the increase in number of people living here with the arrival of the refugees," de Maizière said.

"The majority (of refugees) do not come here with the intention of committing crimes. They come to Germany to find protection and peace."

The data gathered for the study was based on crime statistics dating from January until the end of September 2015. It evaluated overall crime rates, while also singling out trends among migrants. In particular, the report noted a marked spike in crime at arrival centers for refugees - a trend it attributed to the overcrowding of these facilities.

The study concluded that the majority of crimes committed by refugees (67 percent) consisted of theft, robbery and fraud. Sex crimes made for less than 1 percent of all crimes committed by refugees, while homicide registered the smallest fraction at 0,1 percent. Refugees from Iraq and Syria as well as from the Balkans were also more likely to commit crimes than from other countries of origin.

"Each criminal act is one too many regardless of who commits it," de Maizière said. "The tendencies shown in this evaluation demonstrate that there is no disproportional increase in crime because of the presence of asylum seekers and refugees."

The study did not examine or juxtapose crimes committed against refugees, which have been on the rise since the onset of the refugee influx in the summer of 2015.

Violence against refugees rising in Germany

Attacks against asylum seeker housing, including arson attacks, are on the rise, the German newspaper Die Welt reports. Advocates say they are alarmed by the trend. (05.11.2015)