Regensburg choir abuse victim: 'I have found my peace'

As a child in the famous Regensburg Domspatzen Catholic boys choir, Alexander Probst was one of hundreds of victims of physical and sexual abuse. Now, with the release of a final report on the abuse, he speaks with DW. 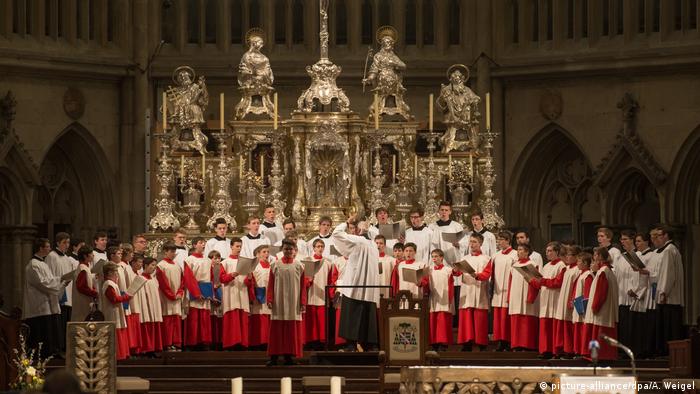 The Regensburg Domspatzen boys' choir singing in their home cathedral

In 1968, Alexander Probst joined the famous Domspatzen Catholic choir in Regensburg, Bavaria. He was in the third grade. He and his fellow students were insulted, beaten and abused on a regular basis. After two years, Probst moved to the choir's high school. There, a teacher forced him into a secret group. The teacher would meet with the boys, drink beer, smoke, and watch pornography. The man began coming into the boys' dormitory at night, where he would reach under Probst's blanket and sexually abuse him. Probst says it must have happened more than a hundred times. When he told his father about the abuse toward the end of the school year, he was immediately taken out of the school.

Decades later, in 2010, Probst became one of the first victims to go public with details of the abuse he suffered during his time with the Domspatzen. For him and others like him, it was the start of a struggle for their suffering to be recognized. At the start of this year, he published a book about what he went through as a child.

Deutsche Welle: You went public with your story seven years ago; how are you doing today?

Alexander Probst: I have found my peace, and that also means that I hope those on the other side [who committed these crimes] find peace. I will continue to help when I can. But this is no longer the driving force in my life, and that feels good. 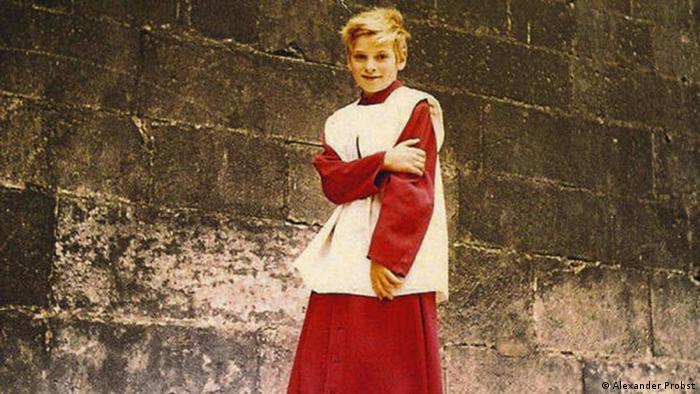 Alexander Probst as a young choirboy

What are you expecting from the final report on the abuse in the choir, presented by the Catholic Church in Regensburg on Tuesday?

I want to know how many of the Domspatzen came forward. How many victims are there? How many cases of abuse are each of the abusers responsible for? And I want to know what the financial situation is, if there is enough money for the church to compensate all the victims. I hope that this report will also help to prevent such things from happening in the future.

You had to deal with repercussions on many different levels. The former Bishop of Regensburg Gerhard Ludwig Müller accused you of denouncing the church. What was that like for you?

I was furious at the time. I thought that the way they were treating us was disgraceful, using victims to serve your own narcissism. That man had actively protected abusers. That's humiliating, it hurts. And it got even worse when he was appointed head of the Congregation for the Doctrine of the Faith, it was like putting a fox in charge of the henhouse. It just seemed ridiculous to me. 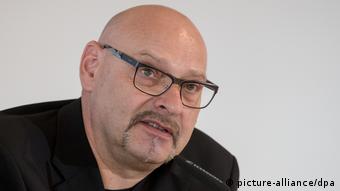 Probst: The abuse he suffered as a child "is no longer the driving force in my life"

That appointment happened in 2012 under Pope Benedict XVI. The man who turned a blind eye to the abuse in Regensburg was then in the Vatican, in charge of investigating cases of sexual abuse. In early July, Pope Francis decided not to renew Müller's mandate in that position. Did that give you a delayed sense of satisfaction?

I know I shouldn't be vengeful, but I can't help it. It's not just the church that can play the waiting game, I can too. It was clear that it would turn out this way. He won't get that this was a consequence of his unspeakable behavior and total failure. He turned out to be a real problem for the Vatican, there was no way he could have done that job justice.

You described the Catholic Church as having a blockade when it comes to dealing with abuse. Have you seen any change over the last seven years?

Initially, it was just a fight for everyone who was affected. It was only after the new Bishop of Regensburg, Rudolf Voderholzer, realized that there was much more to all this than met the eye when things began to get better. Starting in 2015, he personally wanted to cooperate with us.

If you look at the case of the Regensburg Domspatzen in relation to other cases of abuse in the Catholic Church that have come to light, is there anything about the way the Church has dealt with it that stands out to you?

The federal government's commissioner in charge of child abuse, Johannes-Wilhelm Rörig, has said that this is a milestone when it comes to the way the Church is dealing with its past. And there are many people to thank for this. First and foremost the victims, but also the diocese for being prepared to work with us. And then there is the absolute independence with which the investigators went about their work, particularly the lead investigator Ulrich Weber. Without his neutrality, we never would have made it this far.

At the start of this year, you published a book about your childhood and your experiences in dealing with what happened to you. What does this book mean to you?

When it was published, I was able to let go of the last little bits that were still weighing me down. My goal was to let people draw their own conclusions, and also to encourage others to take preventative action.

You said at one point that getting a personal apology wasn't so important for you anymore. Why is that?

For a long time, I did want the person who did this to apologize to me. But when I learned more about him, for example, that he continued abusing children into the 1990s, I realized that an apology wasn't possible. Bishop Voderholzer asked me for forgiveness, even though he was not to blame. That conversation meant more to me than any apology I might have gotten from my abuser.